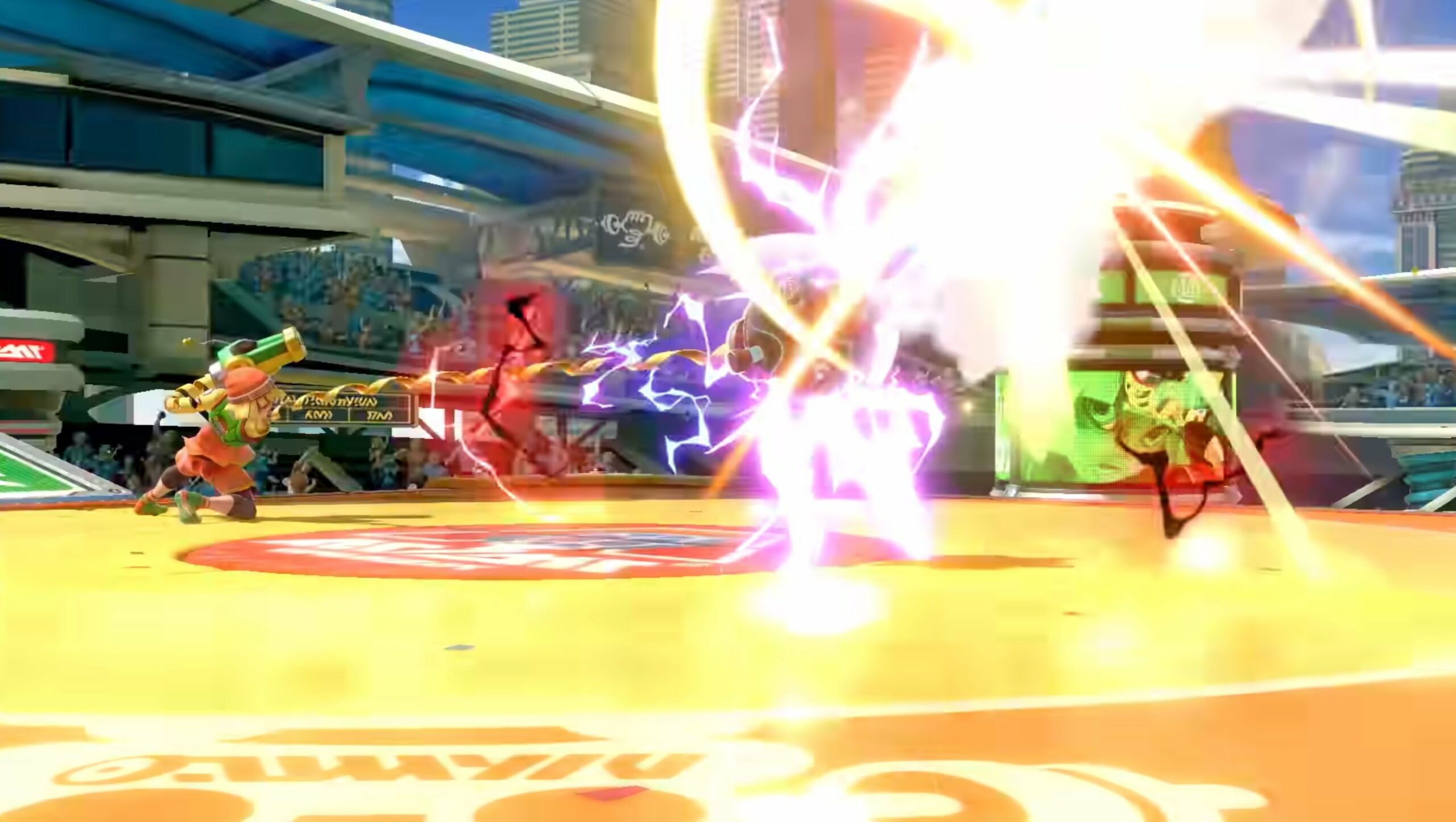 It’s been a while since the last Super Smash Bros. Ultimate DLC drop (January), and there’s a few reasons for that.

For one, the current pandemic is causing issues for Sakurai and his team right now.  But it’s also a very big transition period for Ultimate as it moves into the second Fighters [Season] Pass. While its debut fighter is seemingly out of left field (we were warned!), Arms deserves to be part of Nintendo’s history and immortalized in Super Smash Bros. — Min Min is proof of that.

While I wasn’t blown away by Arms when it was released in mid-2017, I really enjoyed the overall vibe. The theme song rocked the house (it’s back!), and there was a lot of potential in those character designs. That raw potential helps Min Min soar above heights that very few could have expected.

Min Min’s main gimmick involves her extending noodle arms, which can be controlled independently of one another. She does things a bit differently compared to most of the Ultimate cast: most notably, the B button (which is usually reserved for specials) controls one arm, while A controls the other. It’s enough of a shakeup to get a lot of people interested just on theory alone.

The key to Min Min’s success is flexibility (ha). While one of her arms (a Dragon) remains constant, the other can be shifted into three forms: Ramram (a fast but less powerful disc), Megawatt (a giant powerful ball) and the aforementioned Dragon (long range, balanced damage). While on the ground, she can also “flex” aim her arms up or down, or throw out both arms at once. That last bit is key and gives Min Min a bit of a learning curve.

Although you can always hit your A Dragon arm at a range, you’ll want to strategically choose your B to better kick up combo dust or adjust your zoning range depending on your opponent. Because of this, Min Min is an exceptional brawler at high player counts, able to extend her arms into the fray and dish out a ton of damage with strong long range attacks. The dragon is especially silly in terms of how far it reaches, as it breathes fire after a long smash attack charge and extends out.

Min Min isn’t a slouch in the recovery department either, as she has a huge jump with her Up+B, as well as the chance to “hook” back onto the map like Samus and the like (with a huge range). While I’m not a fan of her Final Smash aesthetically (I’m a bit tired of the “all of their friends rush on screen and beat the opponent up” scheme); everything else is incredibly fun in practice.

The other part of this DLC drop is a new stage: Spring Stadium. I’m kind of torn on it, because while I get that DLC characters are a huge undertaking (given that they come with an arena and music to boot), it feels very much inline with a lot of the other flat arena stages. The columns, side bumpers and Arms charm are enough to elevate it to a slightly above average tier when compared to the rest of the pack, but if you showed it to someone who never played Arms they might mistake it for a default Smash battlefield.

Still, Min Min mixes things up considerably and like all the Fighter Packs before it, adds a lot to Smash Ultimate as a whole. Even if you’re not an Arms fan she’s worth tinkering with.