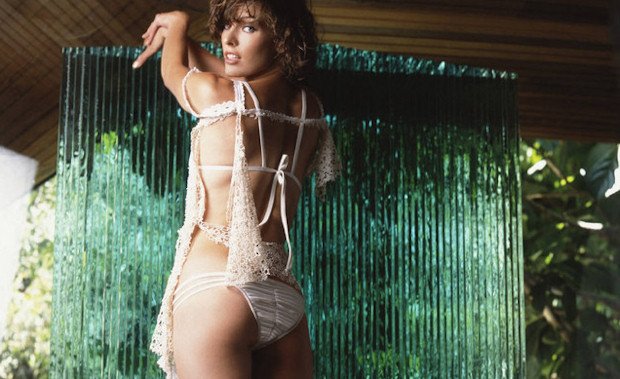 Yep, that’s right. Not content with producing three absolutely horrendous movies bearing the Resident Evil name, it seems as if Hollywood is getting ready for a fourth, as confirmed by series “star” Milla Jovovich. While speaking to a crowd of paparazzi filth, Jovovich confirmed that the crap movies will be getting a new sequel and that shooting begins soon.

“We’re going to start shooting at the end of the year,” confirms Jovovich in a video contained after the jump. When asked which one it was by a member of the paparazzi scum, Jovovich simply said, “Four.”

Resident Evil: Afterlife was mentioned about three years ago but there thankfully hadn’t been much talk of it since then. Reports say that Jovovich later confirmed that “four” was indeed Afterlife, and that the movie is scheduled to hit theaters on September 17, 2010, whether we like it or not.

I don’t really mind, but every time a new Resident Evil film hits my local movie theater, the local area becomes contaminated for the next four years.