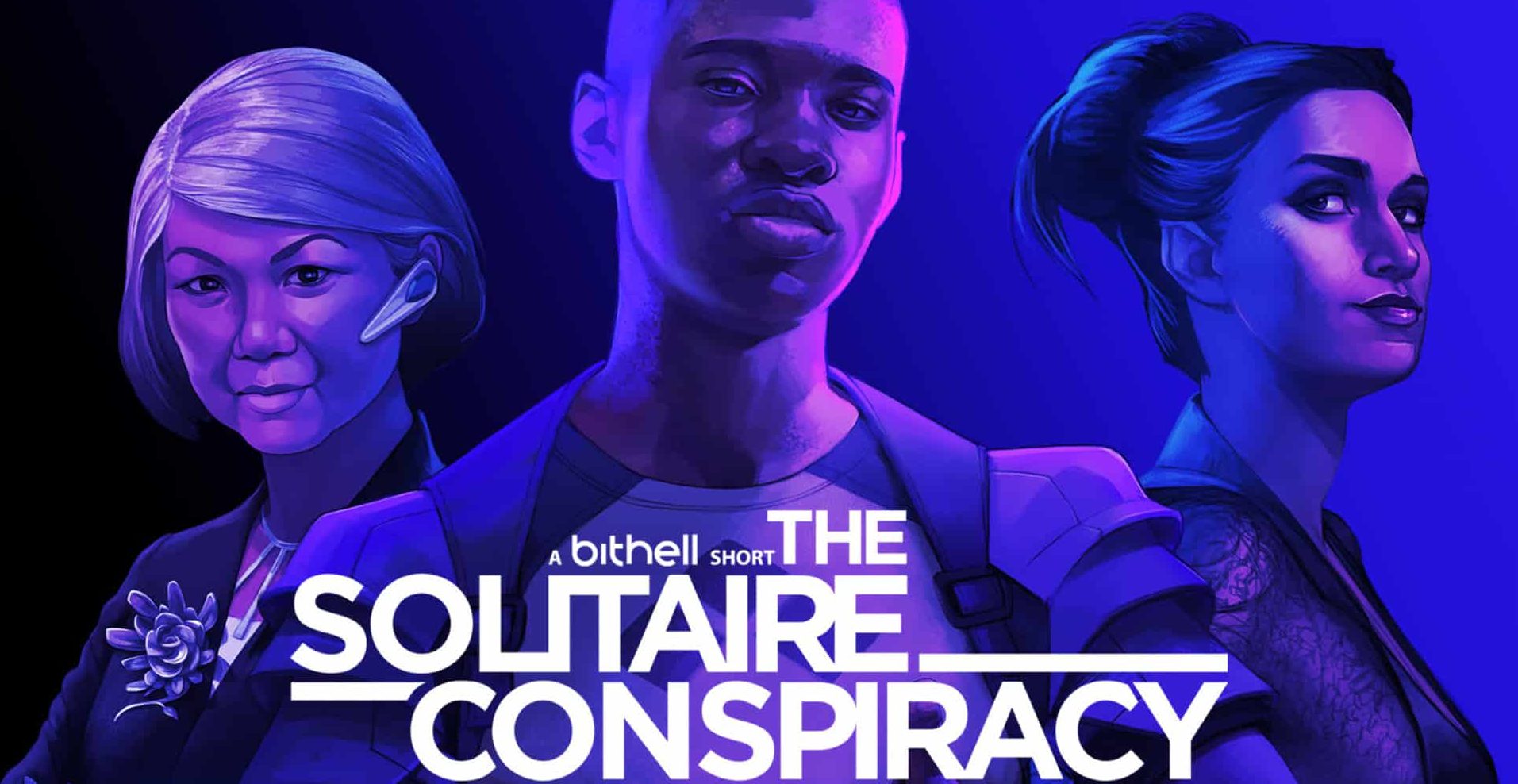 Mike Bithell has endeared himself to fans of indie games ever since he exploded onto the scene with his story-focused platformer Thomas Was Alone. Since then he has continued to make narrative the central part of every game he puts out, even taking his talents to the world of movie tie-ins with John Wick Hex. As of late, he has been doing shorter games that are based around a single concept and theme.

Announced today, The Solitaire Conspiracy is Bithell’s latest entry in his “shorts” catalog. The indie game elevator pitch goes a bit like this: what if you were to take the game of solitaire and mix it with a cyberpunk conspiracy FMV game? Sounds neat, especially since it uses a variant of solitaire that isn’t widely known. (Also, card games are so in right now.)

While being designed and written by Bithell, The Solitaire Conspiracy also boasts a flashy cast and crew for such a small game. British comedian Inel Tomlinson will star in the FMV cutscenes alongside Kinda Funny Games’ Greg Miller. Jon Everist, of BattleTech and Shadowrun fame, will score the soundtrack.

Outside of my distaste for his stealth puzzle game Volume, Mike Bithell has never truly steered me wrong. His “shorts” are always nice little escapes from the longer games on the market so definitely look forward to The Solitaire Conspiracy when it launches on Steam on October 6.