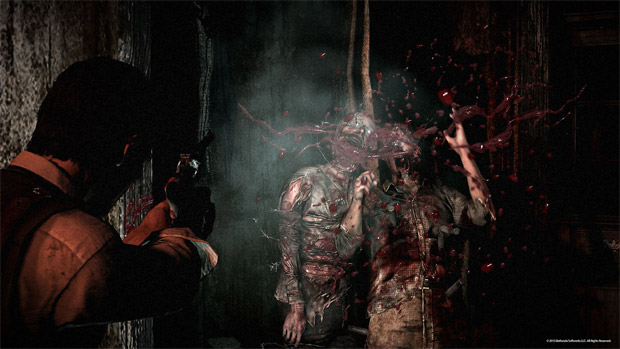 Survival horror has moved into an action focus, says director

Few game genres bring about the kind of debate over terminology that horror does. Or maybe it only feels that way because it’s the one I can’t turn away from when the insults start flying. It took no time at all for folks to wonder what category Tango Gameworks’ The Evil Within would fall under. In director Shinji Mikami’s own words, it’s survival horror, but it didn’t start that way.

In an interview with 4Gamer translated by Siliconera, he says that enough people on the team wanted to go in that direction, so that’s where they went. “Survival horror games as of late consist of many action-focused games,” Mikami commented. “I’d like to make a game that can bring the focus back to the horror aspect of the genre. With those feelings in mind, we were able to shape up what we have today.”

Another interesting tidbit is that, in Japan, The Evil Within is called PsychoBreak. “The game is about surviving in a world full of psychos and the goal is to break through such a world. Thus, the name PsychoBreak, where the word ‘Psycho’ is relative to horror and ‘Break’ is to survival.”

Speaking more generally, Mikami believes survival horror is “not about simply fearing the enemy, but you also have a chance to defeat this enemy. This makes it somewhat of a see-saw state from start to finish.” The theme for the project, he says, “isn’t suspense, but ‘mysterious.’ Not knowing what’s going on will bring the horror out, but the strength also lies within the desire of wanting to know more.”