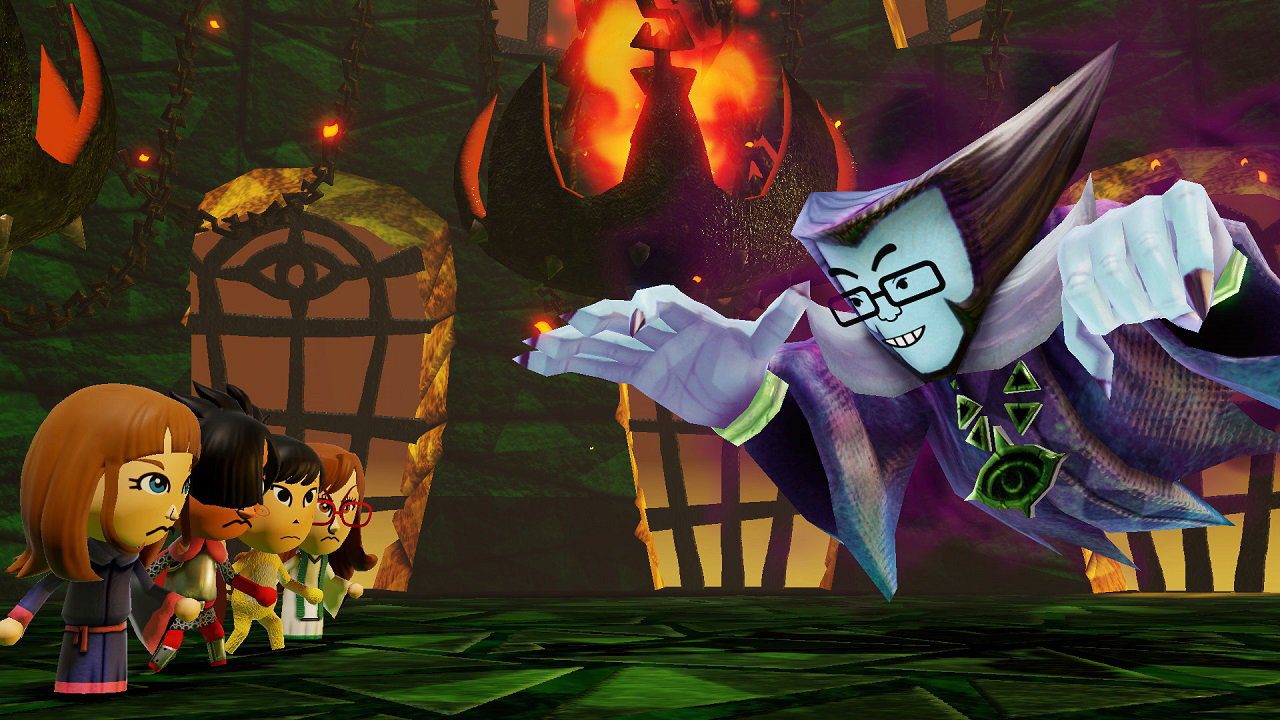 Has anybody made a Nicolas Cage Mii on their Switch?

I guess I should be happy Miis had a pretty decent showing at yesterday’s Nintendo Direct. After all, it was just over a month ago I was lamenting the lack of Mii games on Switch. Sure, they still play a decent role in Smash Ultimate, but the number of games that support Miis has diminished since Nintendo left the 3DS behind.

Things are starting to look up, though. Not only will Miis play a central role in the story mode for Mario Golf: Super Rush, but the 3DS sleeper hit Miitopia is coming back this May on Nintendo Switch. I reviewed the original release over three years ago and found it to be a mostly funny and enjoyable experience.

Part of what endeared Miitopia so much to me was how it utilized Miis. Rather than fill the game with randomly generated NPCs, it would pull Miis from all over and cast them as characters in your adventure. When I was preparing to cover the Direct yesterday and the big leak that correctly predicted most everything in it dropped, Jordan Devore posted this picture into our Slack chat:

That right there is a quartet of screenshots from my review, back when saving 3DS screenshots was actually doable (RIP Miiverse). As you can see, I have Iwata as a fabulous pop star, Punch Out‘s Doc Louis as a dainty princess, JJ Watt as a knight, Barack Obama as a fat king, what looks to be Chris Pratt as a prince, and Donald Trump as the Dark Lord. It’s quite an eclectic mix, one that was allowed to be as unique as it was because Nintendo put Miis at the forefront of the Wii and 3DS experience.

Think back to when you first got your Wii. If you were anything like me, you created an assload of Mii characters, covering everything from yourself to Jesus to Osama bin Laden just so you could knock them out in Wii Sports: Boxing. When the 3DS launched with its own Mii Maker, as well as Mii Plaza, sharing Miis became easier than ever before. Players were encouraged to continue importing or creating Miis with games like Pilotwings Resort and Tomodachi Life, and StreetPass got us outside to trade our avatars with one another.

This resulted in a vast selection of unique and inventive Miis to populate your Miitopia adventure by the time the game released in 2017. Even if the fad of making Miis that looked like movie characters, cartoons, and celebrities had died by then, you still had years of creations at your disposal, all ready to be accessed with the SpotPass-powered Mii Central. As long as you had SpotPass turned on and connected to the internet, you could pull in Miis from around the world to make appearances in your game.

That’s how I ended up fighting against Dark Lord Trump and visiting towns where I was greeted by Buster Bluth, Mary Poppins, or the Pringles guy. It’s also how I ended up with Uhura, Morgan Freeman, and Professor Layton in my party. I didn’t make those Miis, other people did, and they auto-populated into my game using Mii Central.

The randomness of who Miitopia selects for its NPCs is a massive part of its charm, and I don’t know if the experience will measure up without it. As of right now, we know that Miitopia on Switch will let players make their own Miis, so you could go through the trouble of creating all those characters again. But without Mii Central in some form or another, the unpredictability of the faces you’ll see will be gone.

Even if Mii Central does play a role in this HD remaster, it’s unlikely players will have access to the same level of dynamic Miis as we had in the past. There has simply been no motivation to create as many Miis as possible on Switch, and without the creative spark that drove people to make recreations of Bob Belcher, Emma Stone, or a hamburger, Miitopia‘s journey just won’t be the same.