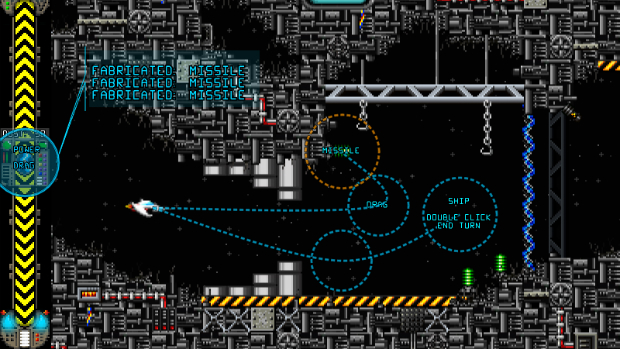 On Kickstarter with a week left in the campaign

Usually when one thinks about shmups, precision motor skill and quick reaction are what come to mind. Mighty Tactical Shooter turns that completely on its head. Though precision movement and shot placement is still required, that precision results from pausing and planning the turn out.

What really looks cool about Mighty Tactical Shooter is that bullet trajectories are shown on the planning screen, and enemy shot prediction will morph as the player changes movement paths. Additionally, the little white space fighter has the ability to place gravity wells, further manipulating projectiles, and even allowing enemy shots to curve into other enemy units.

Mighty Tactical Shooter has a week left in its Kickstarter campaign, with about 35% left of its £10,000 goal to go. It is [pausing and] aiming for release in early 2015 on Windows, Mac, and Linux release initially, with iPad and Android tablet versions to come later.