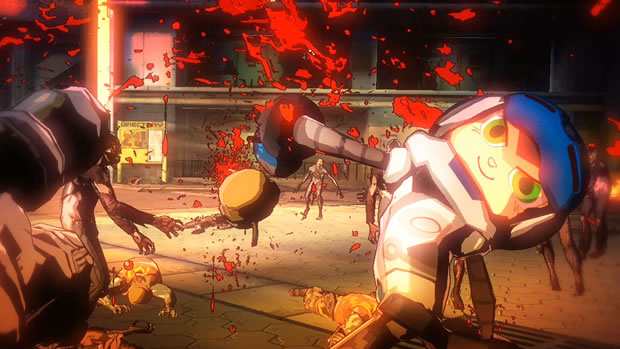 If you absolutely, positively cannot wait to play Mighty No. 9, Keiji Inafune and crew seem to be providing an opportunity to at least control a character model of him, assuming you don’t mind doing it in Yaiba: Ninja Gaiden Z. A skin based on the character has been announced for the game, which will be packaged in a “special zombie pack” DLC releasing in Japan.

How and if this will appear in other regions has yet to be announced, but considering the massive success of the Mighty No. 9 Kickstarter project, it’s hard to imagine it won’t appear everywhere.

There is something incredibly disturbing about that character model tearing apart a zombie. It’s the stuff nightmares are made of.