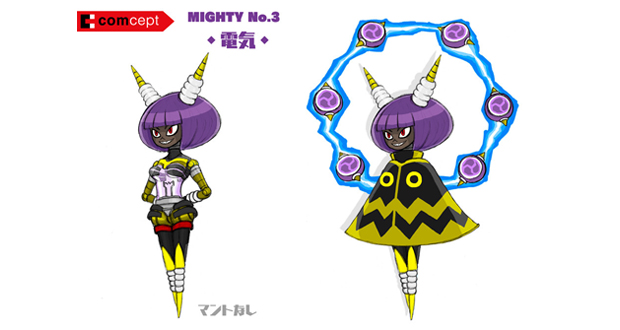 You better believe I’ve had my eyeballs on the Mighty No. 9 Kickstarter like a vulture. I wanted to spread the news as soon as the console port goal was finally cleared.

That’s right! Mere minutes ago, the donation amount crossed the $2,200,000 threshold, ensuring that comcept and Inti Creates will put Mighty No. 9 on PS3, Xbox 360, and Wii U. I always knew this stretch goal would be met, but I didn’t think it would happen with a full two weeks left to go before the Kickstarter closes. I don’t know if it’ll be able to hit the $3,300,000 mark required for the PS4 and Xbox One ports, but never count out the massive influx of funds that typically pour in the last couple of days of a crowdfunding campaign.

By the way, have you guys seen Mighty No. 3‘s design yet? Isn’t she just the most adorable Japanese thunder god?