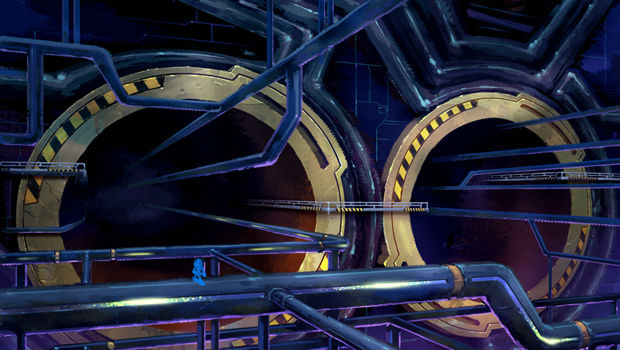 Co-developers Inti Creates and Comcept have revealed a little more information on Mighty No. 9, and it mostly deals with Beck’s maneuverability options. In an update for fans, director Koji Imaeda notes that Beck will be able to run, dash, and blast — including a downwards dash and a backwards jump.

Storywise a few bits were revealed, including the fact that Beck, the ninth of his “siblings,” is the most timid of the group. Once all of his friends went berserk as a result of the global robot rampage, it was up to him to step him with the help of his creator, “Dr. White” (haha).

It’s still a long ways out, but I think it’s safe to say a lot of people are really anxious to see a playable build.