How many people have portrayed Spider-Man? And I don’t just mean on the big screen, but voicing him in cartoons, TV specials, video games, hell, even city parade appearances. Spider-Man must be one of the comic book world’s most-interpreted characters of all time — and now, we can add yet another appearance to The Webbed Wonder’s list of appearances, via 2K Games’ Marvel’s Midnight Suns.

Powered by the minds behind the X-COM series, Firaxis, Marvel’s Midnight Suns has won praise for its card-based battle warfare, but one cannot forget the marketing power of the Marvel branding, offering fans the opportunity to build their own all-star team of Marvel heroes, (and, of course, anti-heroes). These fantastic characters — from Wolverine and Ghost Rider to Blade and The Scarlet Witch — are brought to life in Marvel’s Midnight Suns via a mammoth cast of talented voice artists, donning the masks and mantles of some of the comic book brand’s most iconic and beloved stars.

And while it’s easy for us, in our mind’s eye, to automatically depict Tony Stark as Robert Downey Jr., Thor as Chris Hemsworth, and Spider-Man as Tom Holland… Or Andrew Garfield… Or Tobey Maguire, the fact remains that no one person ever truly owns the character. Part of the enduring legacy of these icons stalwart lies in the bespoke adaptation that each and every actor brings to their own distinct portrayal. 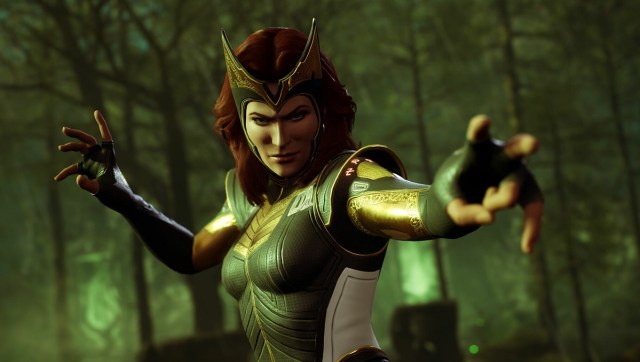 Here is the voice actor and cast list for Marvel’s Midnight Suns. (May Contain Character Spoilers!)