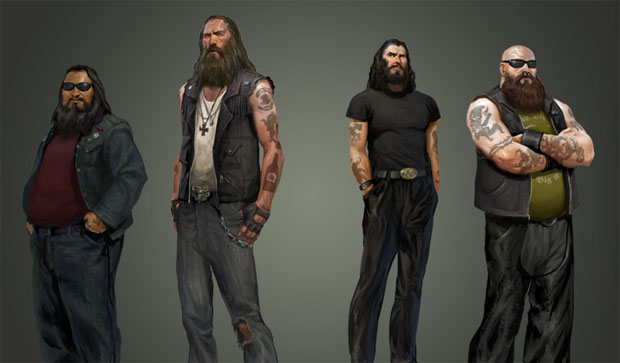 Those who have played Left 4 Dead 2‘s “Dark Carnival” campaign will likely know of The Midnight Riders. They are a fictional rock band that Ellis seems to be rather fond of, and the campaign’s finale involves the Survivors fighting on a stage set up for a Riders concert. It’s an incredible moment, and we’ve just discovered a brand new Web site all about the band!

All that’s been revealed so far is a picture of the band with the word “Coming Soon” written underneath. We have no idea yet what it could be about. It may just be a viral site, but who knows? Perhaps it could be a whole new campaign with the players taking on the role of the Riders themselves! How awesome would that be?

We’re going to contact Valve to try and get a comment. We know the site is officially registered to Valve, so it’s a genuine thing. We just need to know what it means!