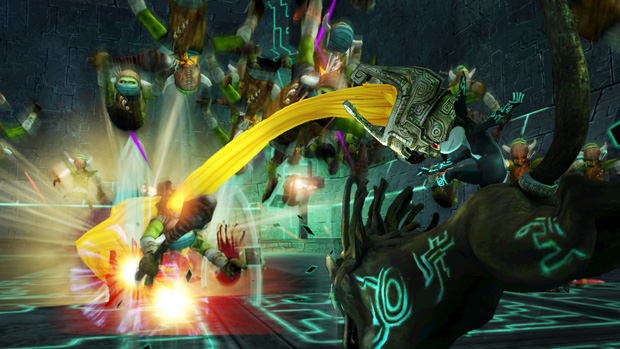 Hyrule Warriors of course got some screen time during Nintendo’s E3 digital event today, where the developers talked a bit more about what separates this game from their respective franchises.

Midna and Zelda were both announced as playable characters. I know I’m not alone when I was really holding out for a playable Midna, so I think fans will be super happy to hear that. Impa was also further shown off.