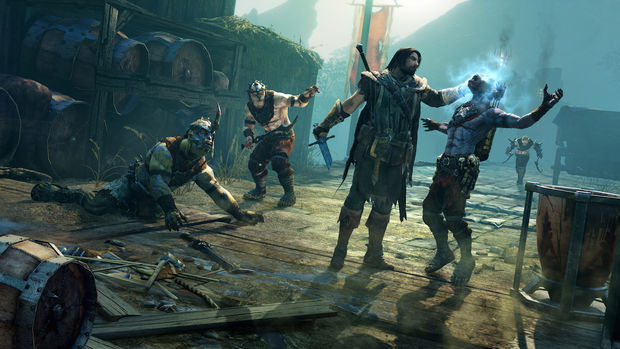 October is going to be ridiculously packed with high-profile videogames, so the news that Warner Bros. has decided to fast-track Middle-earth: Shadow of Mordor‘s release from October 7 to September 30 is certainly welcomed. It’s only a week, but hey, anything to space out that madness.

WB isn’t the only publisher playing musical chairs with October release dates. EA recently pushed back Dragon Age: Inquisition by a month and Battlefield Hardline until 2015. Of course, in the case of Shadow of Mordor, we get one of the best looking upcoming titles and we get it a week early. I think that qualifies as a win-win.

Filed under... #Lord of the Rings#Middle-Earth: Shadow of Mordor#Monolith#Warner Bros