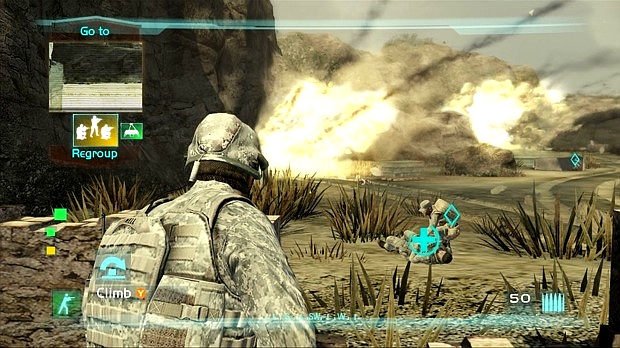 Microsoft’s latest “Deal of the Week” is for Ubisoft’s graying — at least, by videogame release terms — Ghost Recon Advanced Warfighter 2. This week only, you’ll be able to download “GRAW 2 Co-op Collection 2” for 320 Microsoft Points. That’s 80 Points off the original price. It’s a 20 percent savings, folks!

The map pack has a total of nine maps, seven of which come from two previous titles in the series, Ghost Recon: Island Thunder and Ghost Recon: Desert Siege. Just like in “GRAW 2 Co-op Collection 1,” you’ll be hunting evil leader Manuel Suazo Azcona in an attempt to stop his destabilization of the Honduras and El Salvador.

Now, if only you could find friends willing to pay for this dated material as well.