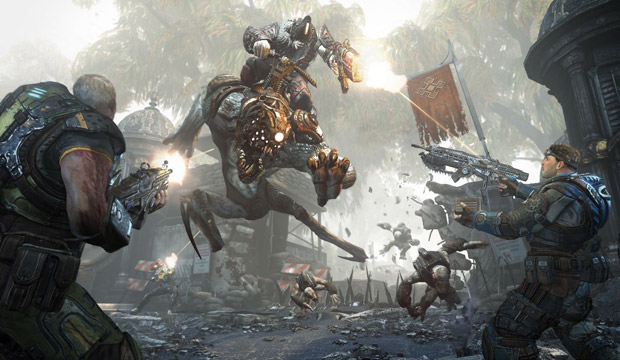 Microsoft Game Studios VP Phil Spencer has once again spoken about his hopes for more Gears of War. Guesting on IGN’s Podcast Unlocked, as transcribed by Game Revolution, he commented that after Judgment‘s sales and review scores, “I really think we need to take a step back with Epic and think about… I don’t want to call it a reboot because I think it’s an overused term but think about where that franchise goes and how to expand what it was.

“I’d love to have that conversation,” Spencer continued. “I do talk to the Epic guys often. They’re also busy right now. I think they’ve said Gears is kind of on the back burner for them. So I think it would be a situation where the opportunity came up at the right time it’d be great to sit down with them. They’re again the right team to work on that game. Trying to find another team to do that game I think is possible, but I think you’d want to make sure you did that very carefully along with them to make sure we had the right thing in place.”

As I’ve said before, I’m potentially down for more Gears but not anytime soon. I like the universe. If we didn’t see it picked up again, though — that would be okay with me too. The main trilogy wrapped up the story nicely enough, I thought.

Spencer went on to say “I think that franchise would need to be… not be reworked but think about how to expand that universe and what people are doing. Maybe make it more gritty, I don’t know. You’d want to do something with it, because I think it ran its course on 360. And it was a great success on the 360, but it doesn’t quite have the story arc of a thing like Halo or something, at least the way it’s played out in the games.”