Well, it looks like Microsoft had a little scheduling snafu for our benefit. According to the official Microsoft store page for Darksiders III, the upcoming hack-n-slash title is looking at a release date set for November 26, 2018.

Here’s a screenshot from the official store page: 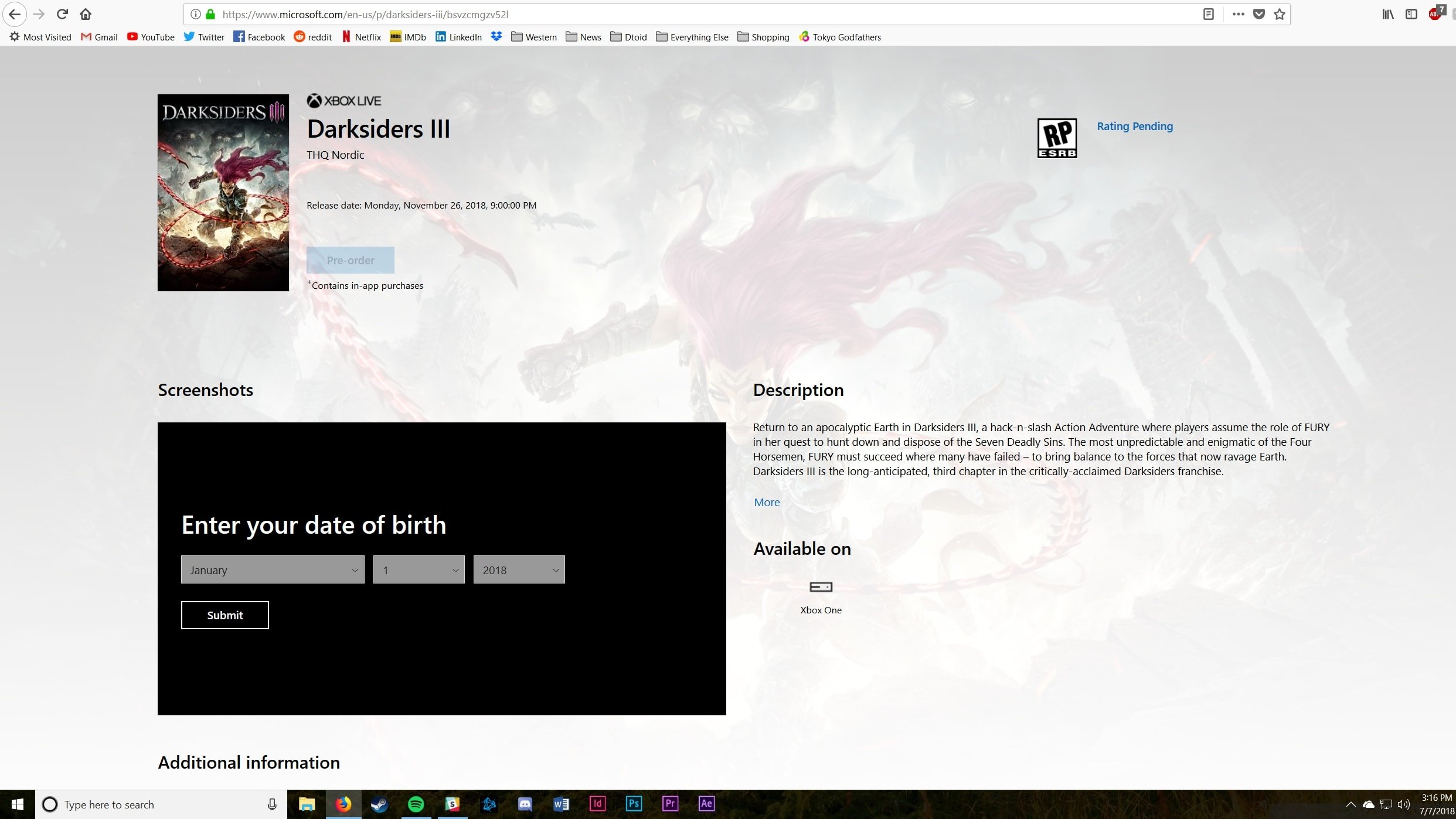 Now, it’s possible that this date is just a placeholder, but you’ll remember that this game was announced in May 2017, with gameplay trailers following shortly after. We’ve heard little since then, but THQ Nordic is expected at Gamescom 2018 next month. It seems probable that an official announcement from them is on the horizon.