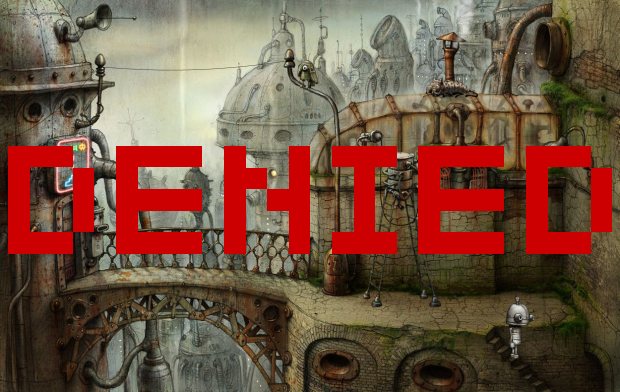 I hope you read this. The answer to your question from this post is no time soon. Machinarium will not be coming to XBLA because Microsoft has rejected it.

Here is Amanita Design’s founder and lead designer Jakub Dvorksy on why: “Microsoft just refused Machinarium for XBLA after a half year of talking with them. They like the game and know it would be very successful on their platform, but they don’t want to support games which aren’t Microsoft exclusives. Machinarium isn’t, since we’ve also released versions for Mac and Linux. We have another option to approach some big publisher to bring the game to XBLA, which is quite absurd to do and lose maybe a large part of revenue because of that.”

I am sorry to be the bearer of bad news. If you are near anyone who works for Microsoft feel free to smack them upside the head even if they have nothing to do with XBLA at all.

Machinarium refused for XBLA [XBLAFans, via Games On Net]

[Update: XBLAFans explained its reporting on the story, saying that “when asked about their plans to port Machinarium to different platforms Dvorsky confirmed having ‘talked’ with Microsoft. He did not specify if this involved being accepted for XBLA or being published by Microsoft on XBLA, but did put an emphasis on losing revenue through a conventional publishing deal.”]