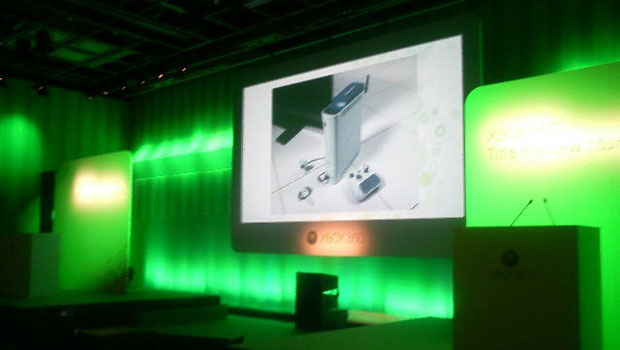 After patting its own back and mentioning that over 1 million Xbox 360 units have been sold in Japan, Microsoft announced a “Thank You” campaign. Over 1 million MS Points will be given away as part of the promotion, along with a free — wait for it — dashboard theme.

So what of these 31 one games? Was there a good reason I stayed up until 2 AM Eastern to bring you this information? Hit the jump and find out.

How many games was that? 24? Well, Microsoft ends the press conference with a montage blast of titles, all of which should have you flipping your lids over. This includes: H.A.W.X.; Wanted: Weapons of Fate; Top Spin 3; Bionic Commando; MLB 2K9; Elder Scrolls: Shivering Isles… wait, what? Oh, this is ridiculous. A Gears of War 2 localization? Jesus.

We’re positive 31 — if not more — games were shown off at today’s Microsoft press conference. We’re also positive that anything we missed won’t be, well, missed.