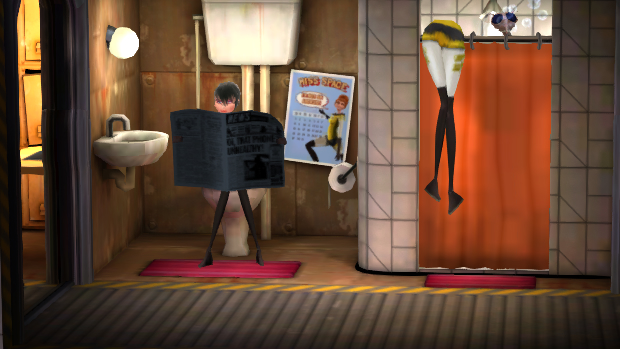 …There’s probably more to it than that

When we think about interstellar travel, our minds often go straight to intense battles with alien warships, exploration of hostile worlds, or cunning diplomacy. We often forget that between all of the action, our heroes still need to eat, sleep, bathe, and take some private meditation time (this is code for pooping).

Cosmonautica looks to explore those down times, but it is not without its own highs. As the manager of a trading ship, the player sets shifts for each crew member, with tasks ranging between mundane mopping and more exciting missile defense. Think The Sims, but with a chance of catastrophic depressurization.

Cosmonautica is being developed by the team who made Pressure. It is currently in the concepts section of Steam, with no information on a release window.