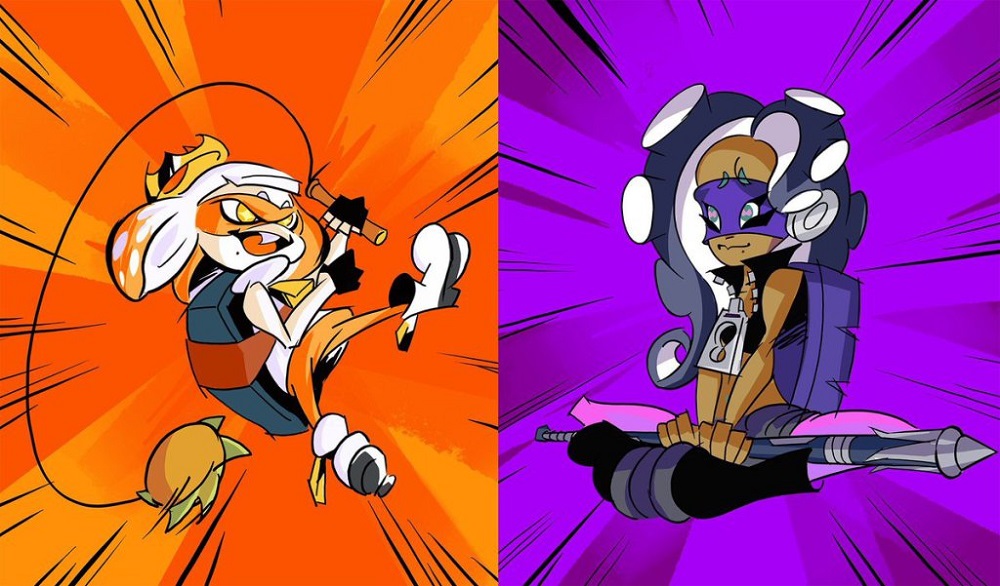 Party Dude or Does Machines?

It’s time for the next round in Splatoon 2’s Teenage Mutant Hero Turtle-themed splatfest. After Cool-but-(C)rude Raphael took the victory over team-leader Leonardo last weekend, this weekend will see Michelangelo take on Donatello.

Pearl, showing a rare moment of bad takes, is backing the irresponsible Michelangelo, who’s more likely to be working on his radical ‘tude than covering your shell in battle. Marina has chosen the corner of mechanical whiz Donatello, who is known for his outstanding intellect and having the dullest weapon on the team.

The winning turtle will go on to face Raphael in the Grand Finals next week. Donatello was my favourite turtle when I was a kid, but I have a feeling Mikey might have this won. This says a lot about the state of today’s youth, always chillaxin’ and partying with your Instagrams and your… Kardashians.

The able artist Mikey is up against the intelligent inventor Donnie in round two of the @TMNT Splatfest this weekend! The battle begins at 15:00 BST on Saturday in #Splatoon2! Whose side are you on? pic.twitter.com/H9EtZ5qdf9