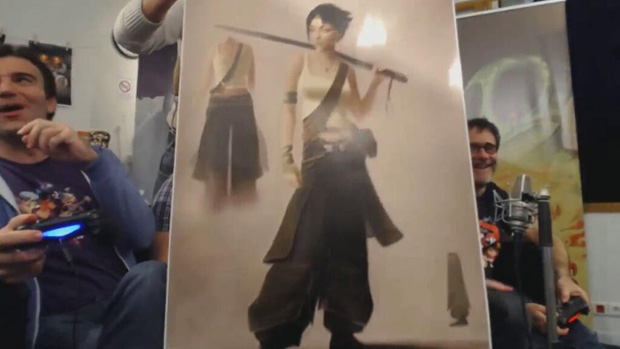 Designer Michel Ancel pulled out a poster of Beyond Good & Evil protagonist Jade during a Ubisoft live stream that seemingly shows her updated look for the long-awaited sequel.

I refuse to let myself get worked up over this. It’s been five-plus years since we first saw the original teaser video — will it be another five before we get our hands on Beyond Good & Evil 2?

I probably don’t want to know the answer. Scratch that. I definitely don’t.