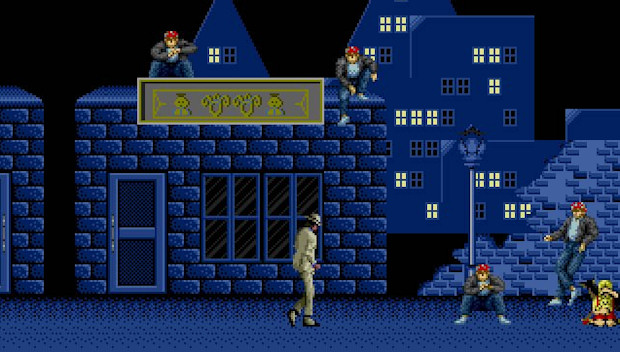 Moonwalker, the game everybody found an excuse to keep talking about after Michael Jackson died, finally has some relevant news attached to it. The game is scheduled for release on the Wii’s Virtual Console, with European rating system PEGI spilling the beans.

Grabbing both children and your crotch, sometimes at the same time, Moonwalker puts you in the shoes of Michael “everybody who made fun of him suddenly pretended it wasn’t funny anymore” Jackson. The world’s very first real-life Splicer, Michael Jackson’s mangled face was everywhere back in the good old days, be it film, television, and this here Genesis videogame. To be honest, the game’s pretty crap, but nostalgia fans will likely love it.

Anyway, there you go. Moonwalker will be coming to VC soon, and if you don’t buy it, you are disrespecting the dead and will go to Hell.

Filed under... #Save The Chilluns#Virtual Console