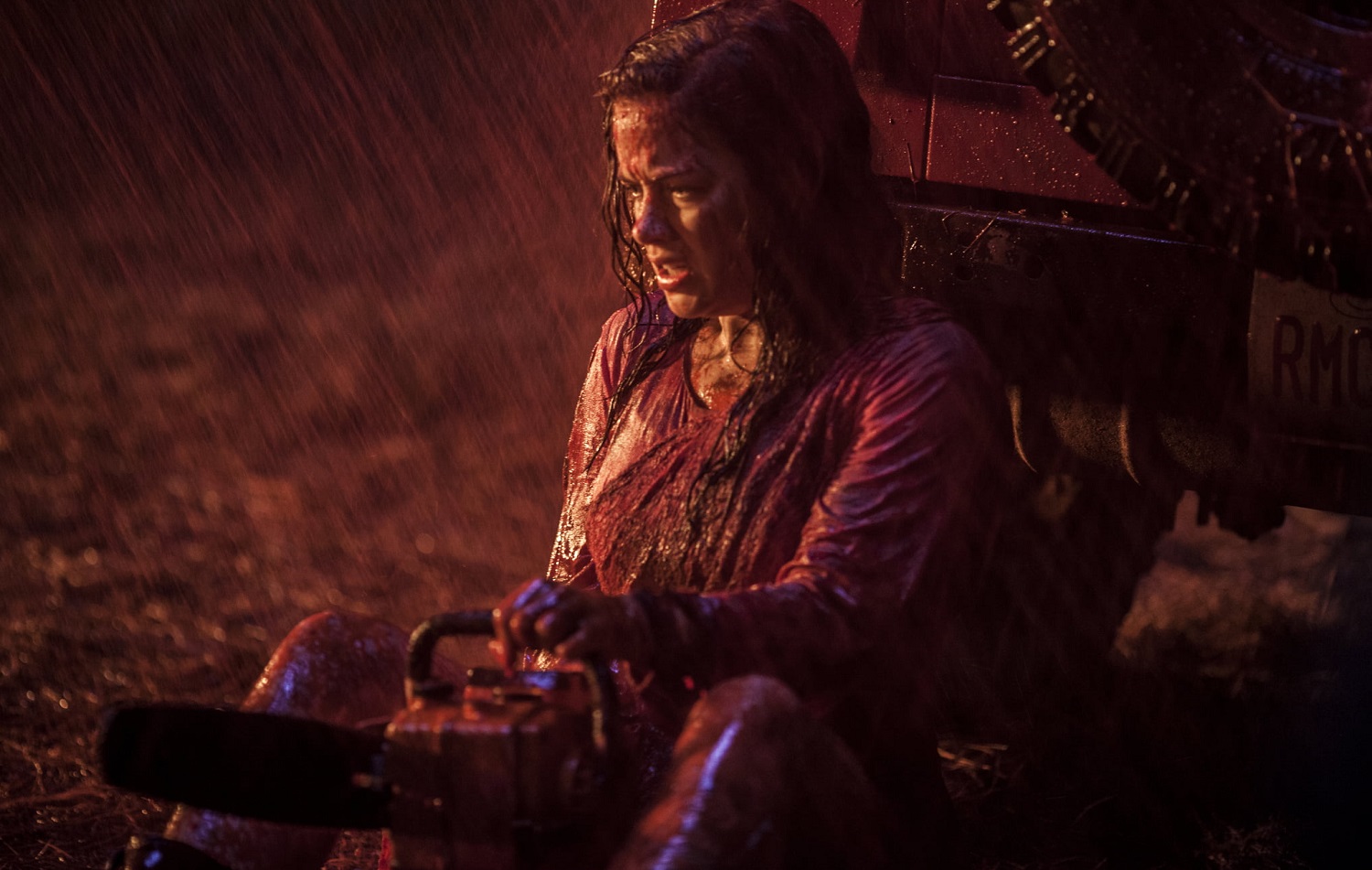 The one that got away…

Saber Interactive, developer of Evil Dead: The Game, has announced an official arrival date for Mia Allen, fan-favorite protagonist of Fede Álvarez’s great 2013 pseudo-reboot, Evil Dead — Mia will join her fellow party of survivors in the asymmetrical horror title on September 8, with her sights set on blood-splattered revenge.

In Álvarez’s film, Mia Allen (Jane Levy), her brother David, and a party of their friends stay at the fated woodland cabin in an ill-advised plan to go “cold turkey” on her heroin addiction. Unfortunately for Mia, her incredibly unlucky pals, and a particularly hapless dog, an ancient and malevolent evil descends upon the campsite, leading to demonic possession, cruel turns of fate, a storm of pure blood, and some truly hopeless and stomach-churning violence.

You asked for it, you got it. Mia arrives in Evil Dead: The Game on Sep 8th!

All that anger, all that terror – now, she’s learned how to use them. Her abilities include converting her own fear into damage and complete resistance to demon possession. pic.twitter.com/Qjnf4b4xsm

While Saber is yet to fully reveal Mia’s in-game abilities, they have teased footage of her very nicely crafted character model, which captures the morose, no-nonsense personality of Mia, complete with her casual gothic style. Machete in hand, our girl looks more than ready to stand alongside characters such as Eric the Red, Kelly Maxwell, and, of course, Ash Williams himself. In addition, brother David will also be joining the roster, trusty nailgun in hand. Mia and David will receive a full trailer at a later date, which will include a demonstration of Mia’s “resistance to demonic possession.”

I guess she built up an immunity…

Cross your heart.
Hope to die.

David Allen arrives alongside Mia in Evil Dead: The Game as a Survivor on September 8th.

Evil Dead: The Game is available now on PlayStation, PC, and Xbox platforms.