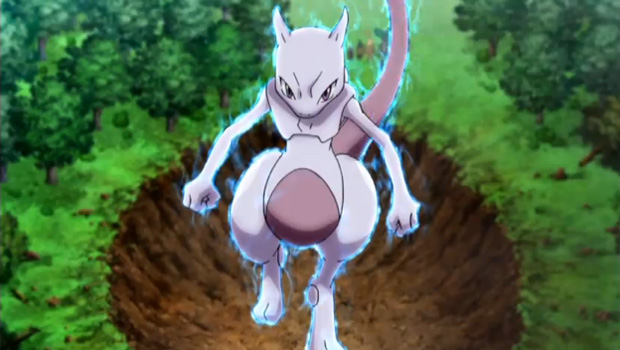 He’s back to show what a REAL legendary Pok?mon can do

Truth bomb: The best Pokémon film hands-down is the very first one, Mewtwo Strikes Back, if only because it’s the one most of us gave enough of a damn about to actually watch. What kid didn’t want to see the legendary psychic titan demonstrate why no other Pokémon can even come close to his level of awesomeness? Exactly how many other Pokémon succeeded in killing the series’ main protagonist? Zero, that’s how many!

So it is with great fanfare that the latest Pokémon movie welcomes Mewtwo back to the silver screen after a 15-year hiatus — Mewtwo Returns doesn’t count because it was just a TV special. Releasing in Japan on July 13, Extreme Speed Genesect: Mewtwo’s Awakening also features the cybernetic Genesect from Black and White, so expect some high-speed, Dragon Ball Z-type aerial clashes that threaten to catch every other living thing in the crossfire.

You can bet your shinies that I’ll be watching this joint when the localized version appears on Cartoon Network a few months from now.