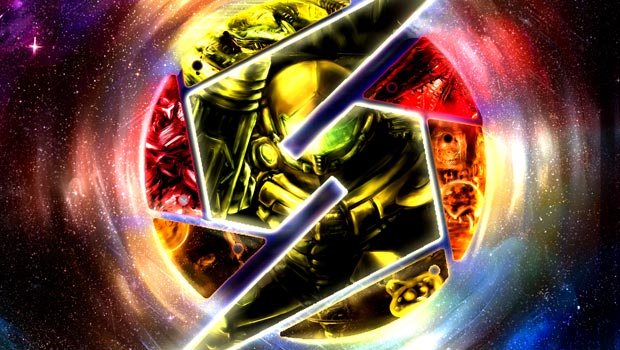 With all the focus on The Legend of Zelda’s 25th anniversary, it seems everyone at Nintendo has forgotten that 2011 also marks the 25th anniversary of the Metroid franchise.  Metroid has always been one of my favorite Nintendo properties, and since Nintendo hasn’t given this momentous occasion much attention, it seems as though a group of fans has taken things into their own hands.

While the series has always been known for its emphasis on exploration, fans have been drawn to the games’ soundtracks composed by Hip Tanaka (the original Metroid) and Kenji Yamamoto (nearly everything since).  The soundtracks have always featured a blend of ambient and rock tracks, and the team over at Shinesparkers are celebrating the musical legacy of Metroid by offering Harmony of a Hunter, a free-to-download 2-disc remix album featuring both of these styles of music as well as orchestral and electronic remixes.  They’ve done a great job tackling tunes from the original Metroid all the way up through Metroid: Other M, and Metroid Metal’s stemage is even involved with the project.

Check out the official Harmony of a Hunter website to download the album and some artwork, or feel free to pick up a physical copy for $12.

Are you surprised that the Metroid 25th anniversary has been completely eclipsed by The Legend of Zelda?  Would you like to see Nintendo doing more to recognize this amazing game franchise?

Filed under... #metroid#Offbeat#Things gamers do