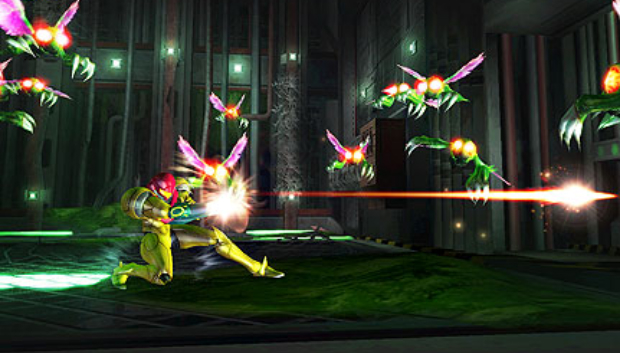 Today I had the privilege of attending a GDC talk by Yoshio Sakamoto of Nintendo*, who is perhaps most famous for his work on the Metroid series. He divulged many of the secrets behind his history as a producer and gamemaker, including quite a few about the upcoming Metroid: Other M. The most interesting one? While developing the control scheme, there was one thing he was unwilling to budge on: he wanted Samus to “move along a rail”.

Yep, that’s right. His original vision was for Other M to be on-rails, and it would have been if it had not been for Team Ninja.

In disagreement about rails being the best way to go, they first suggested using the Nunchuk, but Sakamoto was very adamant about using the sideways Wiimote scheme. But then they proposed a system where Samus could move freely in a full 3D environment using the control pad. Sakamoto tested this scheme, said it “worked perfectly”, and was finally swayed to change his mind.

What do you think, Metroid fans? Are you glad Team Ninja stepped in, or would you have rather seen Sakamoto’s full vision come to fruition?

* a full summary of this talk is coming soon!