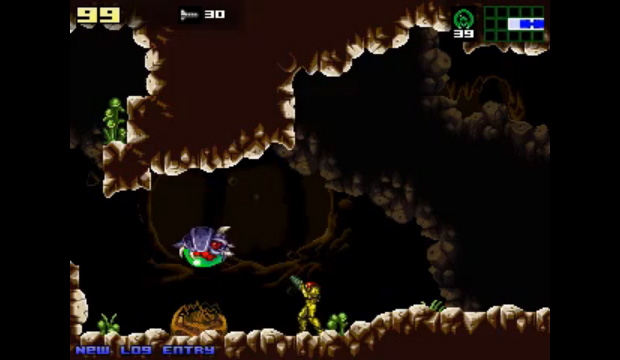 Over two and half years ago, we learned of DoctorM64’s Project AM2R, a fan remake of Metroid II: Return of Samus that promised to update the spinach-hued Game Boy title in much the same way the NES original was overhauled for the GBA. Since then, aside from a little proof-of-concept teaser, we haven’t seen much in the way of major progress. The game is still a ways off, but a demo that covers the first two major zones has been made available and HOLY SH*T.

Metroid II has a very special place in my heart. Whereas other people hold Super Metroid or Metroid Prime in high esteem, I consider this supposed “black sheep” of the franchise to be the most effective in creating a sense of helplessness and isolation on an alien world. Part of the reason for my endearment is that it was my introduction to the series, but a bigger reason is that it is one of the very few videogames to truly frighten me on a level no other game could match.

Some of that fear has been mitigated in this remake, but I’m nonetheless excited for what’s to come. I played through the demo earlier this week, and now I want to give you a rundown of what you can expect based on my early impressions. 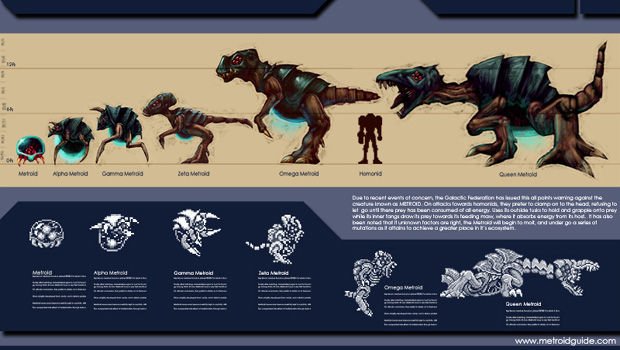 Complaints surrounding the original Metroid II include the lack of a map, extreme linearity, lack of music, and lack of any background whatsoever. But don’t you see? That’s exactly what made the game so great! When the only thing you could expect from one screen to the next was disturbingly uniform terrain set against an inky void with nothing but ambient noise to punctuate the silence, how could you not be nervous? Despite how linear the game was — there is extremely little backtracking compared to other entries — the game was unapologetic in building an atmosphere of complete uncertainty.

The goal of Metroid II is to exterminate every last Metroid (just under 50 in total) on the planet SR388. Nintendo could have removed all the standard enemies and basically made a boss rush game not unlike Shadow of the Colossus. However, Metroid encounters are unlike the boss battles in other Metroids — there aren’t any giant Kraid battles, there are no gimmicks like dimension-bending alien ghosts or reality-warping mechanical beasts. All you have are Metroids of increasing size and lethality.

There aren’t any clear visual cues that you are about to face a Metroid — no Mega Man shutter doors or pre-battle save stations. Sometimes, you might see a molted husk, but all that means is there is a Metroid nearby and not necessarily where it is precisely. If you are walking down a corridor and notice that no low-level foes have popped up to impede your journey, you might be walking right into a Metroid’s lair. Suddenly, the silence is pierced by a most terrifying, grating shrill:

This, my friends, is fear. The Metroids are unrelenting, and your first instinct is always to run away. When you finally think you’ve overcome those mental barriers, you meet the next evolution, then the next, then the next. When you face the Omega Metroids near the end of the game, only sheer terror prevents you from doing the smart thing by turning off the machine.

The first time I played Metroid II, I hard a hard time progressing. I could never get far before I had to step away for long stretches. The feelings were simply overwhelming. It was all because the game ran on a relatively low-tech portable, the kind of machine that kids would whisk away to shadowy corners of the house for much-desired alone time. How can a full-color remake for the PC ever hope to match that?

In short, it can’t. But that doesn’t mean it’s not worth your attention!

The graphical overhaul isn’t quite SNES style. It’s a softer look not unlike the one sported by Konami’s ReBirth series on WiiWare. It still looks pretty; it’s nice to finally see SR388 as a lush world rather than as a cavernous pit of shadow. Plus, Samus no longer takes up a large chunk of screen real estate, so you aren’t suffocated by small spaces. Samus repertoire has likewise been upgraded to include diagonal aiming, ledge grabbing, an internal map, and the capacity for Super Metroid and post-Super upgrades. The only non-M2 item pickup in this demo was the charge shot, but I know that more will pop up later.

More or less, these early areas are identical in construction to the original levels, only expanded to allow for the aforementioned breathing room. Samus’ increased maneuverability means the game’s flow is quickened, and I’m sure most fans will appreciate this injection of agility.

But what about the Metroid battles? The only Metroids you face in this demo are Alphas, and I’m happy to say that they are just as fear-inducing as ever. To compensate for the additional room, Alphas have been made faster and far more aggressive. Their attack patterns are a little bit wilder, and I admit that I’ve died a number of times fighting these earliest of bosses. When I squared off against my fifth Alpha, I thought I finally got their system down, but no! They adapt! This one started doing quick dodges to avoid the path of my missiles! I can only imagine what nightmares await once the Gammas appear!

The final surprise of the demo was a brand new boss — a Chozo security system that attacks with laser eyes and compacting spiked walls. I would have liked to battle one more new foe, but this serves as an appetizer for now. Don’t want to spoil too much too soon.

Project AM2R feels like a true Nintendo game; all the years it’s been cooking have been worth it. If the remainder of the game is this polished, I have no doubt that it will redeem Metroid II in many gamers’ eyes. It may not become my preferred version of M2, but I’m enjoying the interpretation nonetheless.