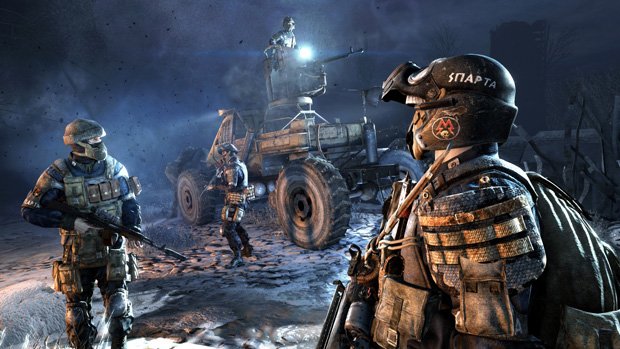 But there’s more to this remaster than that

Deep Silver has released a few more screenshots of Metro Redux, the remaster of Metro 2033 and Metro: Last Light for PC, PlayStation 4, and Xbox One this summer.

The package (also available individually) represents a great way to get into the series — particularly the first game. Visual and gameplay improvements from Metro: Last Light are being carried back into Metro 2033 Redux, as detailed here. Last Light Redux will also look nicer, include all DLC, and have new features like “check watch” and “check inventory,” though the cosmetic upgrades won’t be quite so dramatic in comparison. At $24.99 per game, I might just bite.

Also, modes: there’s a bunch of ’em. Ranger Mode for both titles returns, removing the HUD and increasing the difficulty. Then there’s the choice to play with the 2033 Survival or Last Light Spartan play styles — the former has limited resources, tougher AI, and slower reloads; the latter is more action-oriented and streamlined, with plentiful resources.