From Artyom with love

It’s easy to assume the heart of the Metro series lies in the tunnels that snake below Russia’s irradiated surface. They’re the capillaries through which both Metro 2033 and Last Light‘s story unfolded, claustrophobic veins occupied by mutants, heavily guarded outposts, and otherworldly anomalies that defy rational explanations. Metro‘s tunnels are a character unto themselves; dimly lit passages traveled by only the bravest — or most dedicated — people in a time where surviving is never a given.

But with Metro: Exodus, the fan-favorite franchise is finally moving up from the underground. 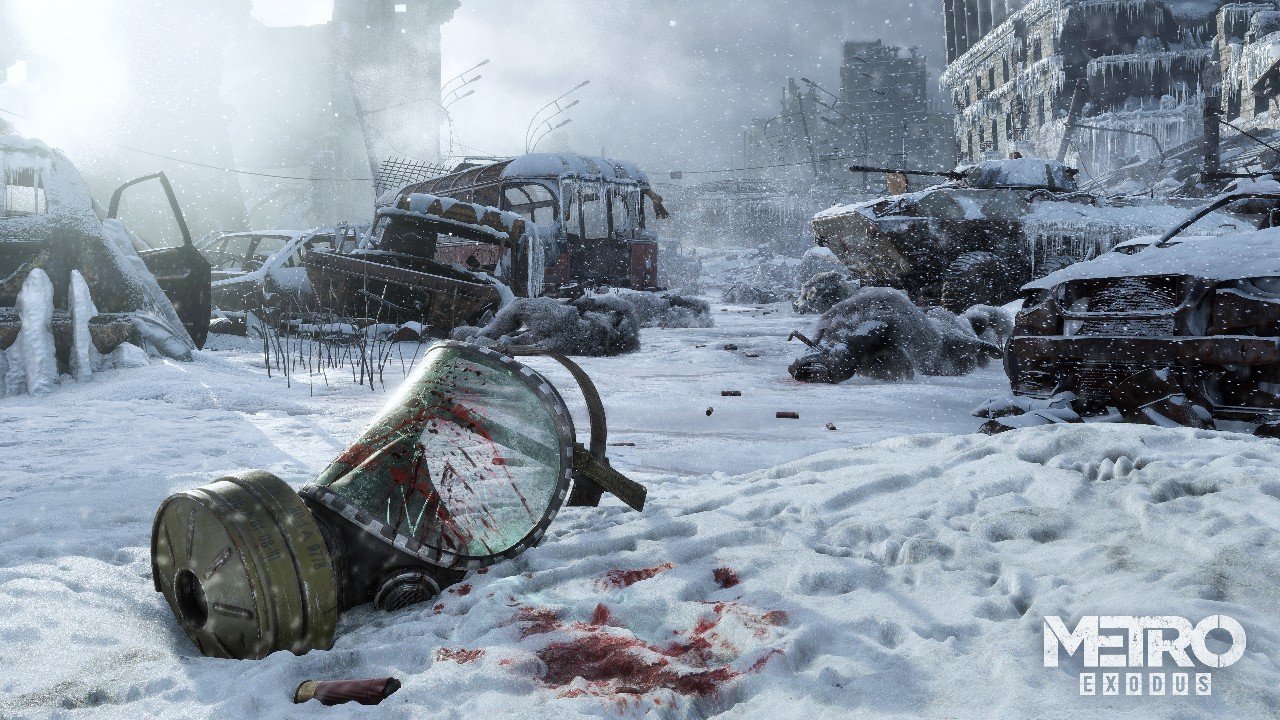 Metro: Exodus trades tunnels for open stretches of Russia. Although Artyom’s no stranger to the surface, his previous trips were tentative and temporary journies across a hostile environment. This time around, it’s more permanent. Artyom and his companions are traveling their homeland aboard the Aurora, a train equipped with a rumbling engine that serves not only as a symbol of human resilience but also as a vehicle for the game’s grander aspirations. Metro: Exodus is a big game, but after spending nearly an hour exploring the Russian countryside, it’s safe to say 4A Games’ upcoming first-person shooter hasn’t forgotten its roots.

My hands-on time with Exodus began with a trip to an area called The Volga. Although the third Metro game deals in wide-open environments rather than the linear passageways of its predecessors, Exodus‘s structure is more a collection of interconnected levels than a proper open-world experience. As the Aurora lumbers across Russia, Artyom will see — and explore — a wide range of locations throughout different seasons. According to one developer on site, The Volga is large enough to support approximately four hours of non-stop, critical path progression. But between engaging with sidequests, hunting for much-needed supplies, and dealing with emergent encounters, there’s plenty more to see by avoiding a straight dash through main story content.

Despite having more room to move and breathe, Metro: Exodus maintains the tense, dire atmosphere the series is known for. The Volga is a dangerous place, but there’s little denying how beautiful it is. Exodus, even months away from its 2019 release, looks spectacular running on the Xbox One X. As I disembarked from the Aurora’s metal frame, the still air rippled with nearby noises and the looming threat of nearby bandits, indicating trouble wasn’t far away. Human communities may be few and far between in Metro‘s vision of the future, but that doesn’t mean people are happy to see strangers. Even armed with an assault rifle, silenced pistol — all of the game’s guns are modular and can be modified on the spot thanks to Artyom’s brand-new backpack — and an arsenal that includes gas masks, throwing knives, and grenades (among others), Artyom isn’t unstoppable. In a world where mutants and otherworldly anomalies are all too common, Metro: Exodus‘s larger levels mean danger can come from anywhere. 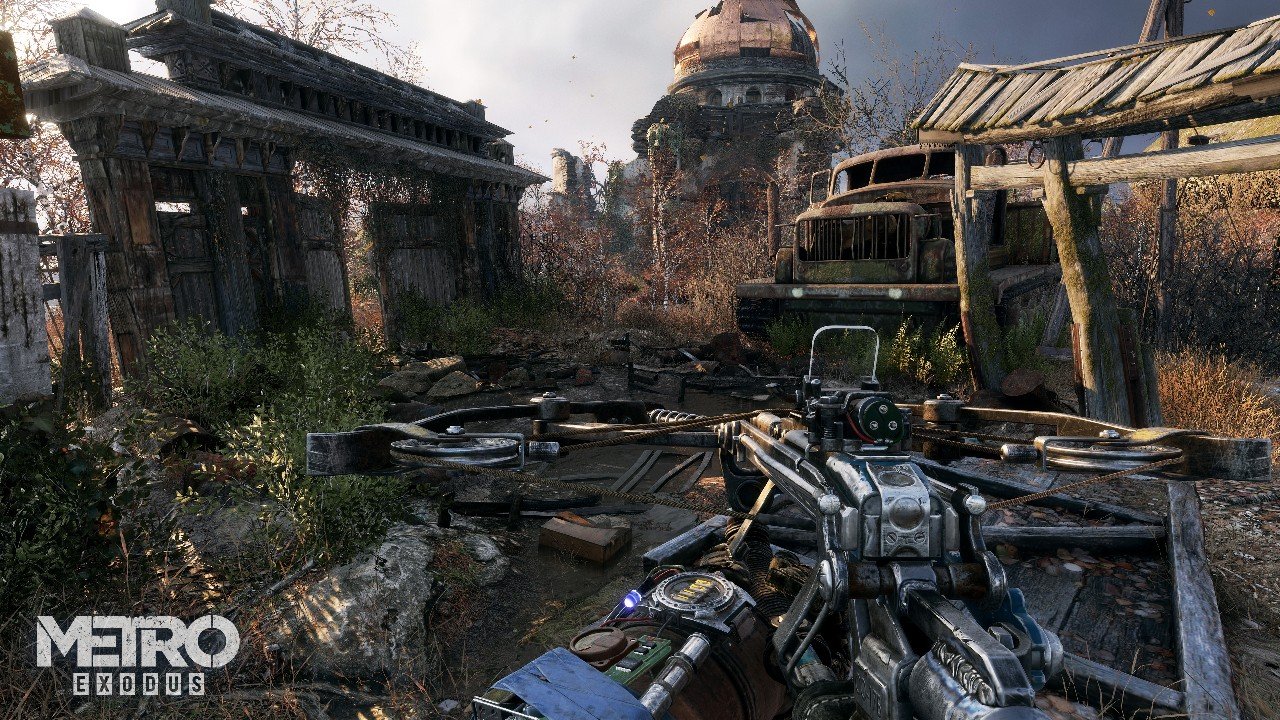 In my case, trouble came after stumbling upon a group of fanatics who’d taken up residence in a church slowly sinking into a bog. Drawn toward the church by a mysterious flag waving from its bell tower, I guided Artyom to the building by boat, only to realize I’d rowed right into the middle of a sermon by Silantius, the community’s fiery leader. From there, all hell broke loose. Fortunately, Metro: Exodus gives you plenty of options when it’s time to fight.

The Metro games have always featured scrappy, challenging combat. Exodus is no different. As a cadre of armed guards began hunting me down, I found that sticking to the shadows and picking off my foes one by one was the safest way to approach the situation. When an errant knife throw alerted the remaining enemies, I had to opt for a more direct approach. Artyom’s hardly a tank, and with ammunition in limited supply, there’s an emphasis on making sure every shot counts.

I barely survived the shootout in the church — dispatching the guards dwindled my primary weapon’s ammo, medkits, and left my confidence lacking as I returned to the surrounding swamp to see what else I could find.

It was that feeling of being on edge even after emerging victorious from an encounter that truly makes Exodus feel like a continuation of the Metro banner. Despite all the talk of demons and nuclear bases, the series’ overarching story has always been a hauntingly human tale. Artyom is a survivor, capable of incredible things through sheer determination. He’s a hero made manifest by his peoples’ need for a cause worth fighting for. The underground tunnels that dominated much of 2033 and Last Light excelled at hammering this point home — every trip along the Russian metro line was a step towards freedom. And now, with Exodus‘s open-ended approach to gameplay, players can finally experience that feeling for themselves.

Metro: Exodus is considerably larger than its predecessors. It’s a road trip through the post-apocalypse that’s focused despite its increased scope. I don’t know what Artyom’s journey has in store for him, but after playing for an hour, I can’t wait to see.