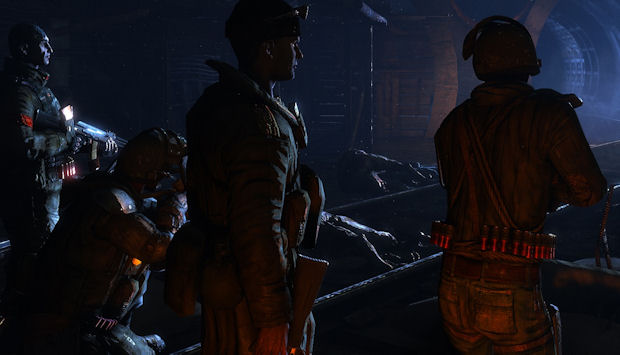 We’ve been chatting with THQ about its post-apocalyptic subterranean FPS Metro 2033. In our last story, THQ welcomed comparisons to games like Fallout 3 and STALKER, but promised that 2033 would be unique in its own right. We asked exactly how the game would stand out from the shadow of these better known games, and THQ told us.

“We really tried to focus everything on story, setting and atmosphere with Metro 2033,” explains creative director David Langeliers. “While it is a first person shooter and takes place after the apocalypse, the type of atmosphere presented through the visuals and the characters in the world are completely unique. I guess it’s more of an interactive cinematic approach.  For example, there have been plenty of WWII movies, but only a few are memorable due to their unique stories, characters and settings.”

We also wanted to know how hard it’s been for Metro 2033 to stand out and capture attention. So far, THQ is pretty pleased with the response from gamers: “I’ve been really surprised by the amount of attention we’ve been getting lately (in a good way!). And I think it is largely due to the unique approach we have taken on the FPS genre. People are interested when they hear that a game is based on a novel … or at least I would like to think so. The quality of the visuals in our screenshots and trailers certainly doesn’t hurt either.”

We’re checking out Metro 2033 this week and have yet more comments from Langeliers, so keep reading Destructoid for all your Metro needs!