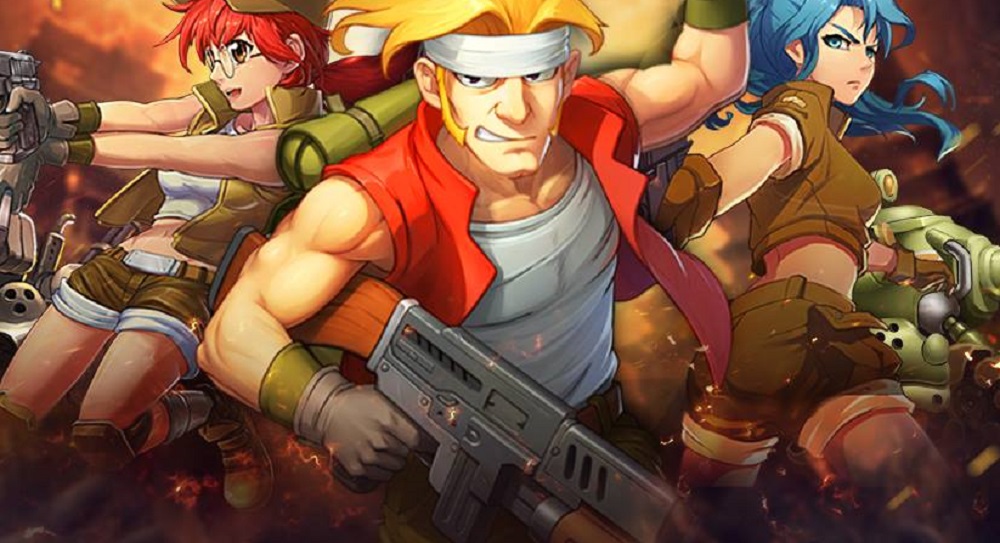 The Ikari Warriors are along for the ride

SNK has announced that run ‘n’ gun shooter sequel Metal Slug XX is now available on PC via the Steam platform. This title is one in a long line of releases for the classic arcade series, which features a small group of brazen mercenaries laying waste to armies of soldiers, zombies and even extra-terrestrial beings.

Metal Slug XX is a re-release of the 2009 Sony PSP title, which itself is a remake of Metal Slug 7, the first game in the series not to see an arcade release. It features all of the chaotic and explosive action expected from the franchise, along with new rideable death-bringers such as the Slug Truck, Slug Armor and the Slug Gigant.

Joining playable regulars Marco, Eri, Fio and Tarma are The Ikari Warriors, crossover guests from SNK’s own King of Fighters series. Ralf and Clark are present and correct, as is Best Fighting Game Girl Leona Heidern, who is no longer a DLC character. Leona can utilise her classic “Moon Slasher” attack to take out enemies and block incoming fire.

Metal Slug XX, already available on PS4 and Xbox One via backwards compatibility, can now be purchased on PC. You can check out a new trailer for the Steam edition below.