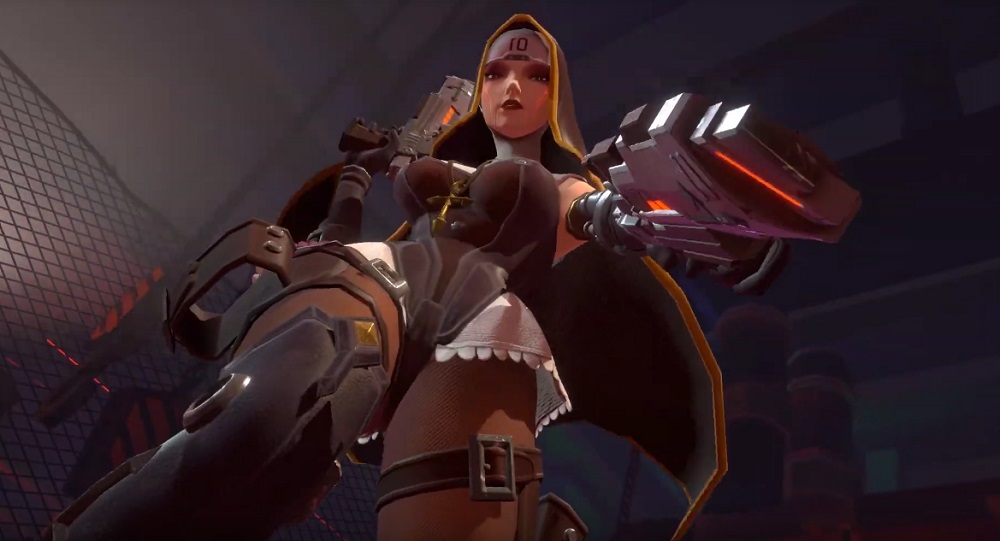 We are the robots

Indie outfit NEXT Studios has released a short but exciting trailer for their upcoming fighting game Metal Revolution, which gathers a fun-looking gang of bots for a mechanical melee.

In keeping with previous robo-fighters such as the rad Rising Thunder and the god-forsaken Rise of the Robots, Metal Revolution will feature a variety of androids thrashing it out in battle, with a colourful roster which includes a 1930’s gangster, a staff-wielding monkey, a nunchaku-sporting martial arts specialist and even a sexy, gun-toting nun.

Like the aforementioned Rising Thunder, Metal Revolution will have a simplified control scheme which belies deep gameplay to be discovered by dedicated players. Standard Arcade and Online Vs. modes are expected at launch, with a story mode, and a range of new character skins to follow post-release.

NEXT Studios have not announced a release date for Metal Revolution, but hopefully we’ll hear more news soon, as it looks like it could be a real fun scrapper.