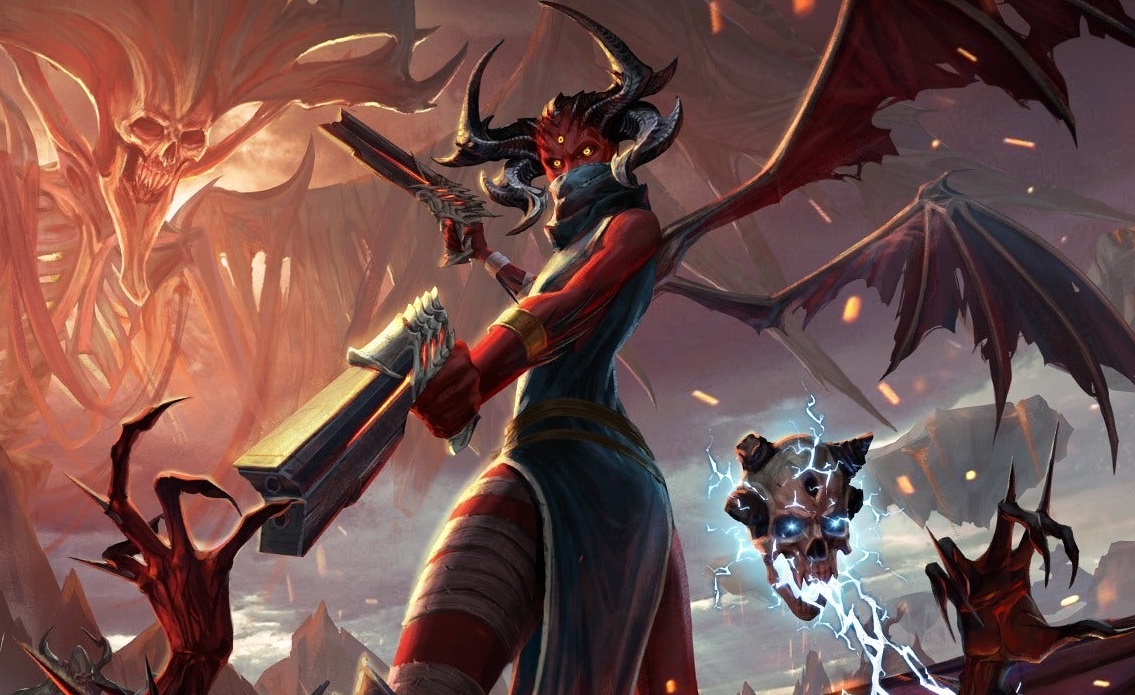 Scream for me, Cleveland!

The devil really does have all of the best tunes — And anybody who doubts this would do well to check out Funcom’s sleeper hit of 2022 Metal: Hellsinger, which is not only celebrating hitting the one million sales mark, (and a Golden Joystick Award), but has also launched brand new ports on last-gen platforms PS4 and Xbox One!

Developed by Swedish studio The Outsiders and released in September of this year, Metal: Hellsinger is a frenetic first-person-shooter that combines the explosive and chaotic action of the genre with the guitar-styled wailings of some of the metal scene’s finest. Portraying a lost soul monikered “The Unknown”, players guide our hero through the bowels of the underworld in an effort to regain her lost voice.

Metal: Hellsinger‘s hook lies in its encouragement of the player to fight to the “natural rhythm of the universe” — shooting, dashing, melee attacking, and reloading to the beat of the game’s soundtrack. Power-ups and bonus points are awarded for extended synchronization of soundtrack and action, with soundtrack vocals performed by such screechers as Alissa White-Gluz (Arch Enemy), Mikael Stanne (Dark Tranquility), Matt Heafy (Trivium), Randy Blythe (Lamb of God), and Dennis Lyxzen (the Refused).

Launching on PS5, PC, and Xbox Series X, it was thought that the PS4 and Xbox One ports of Metal: Hellsinger had been canceled. But it would appear that The Outsiders has managed to complete its work on the last-gen editions, bringing the boom-boom to the wide audience that the game deserves. In addition, a new update has launched on all platforms, offering a new “Archdevil” difficulty setting and adding a new Elite Seraph demon to the armies of the damned.