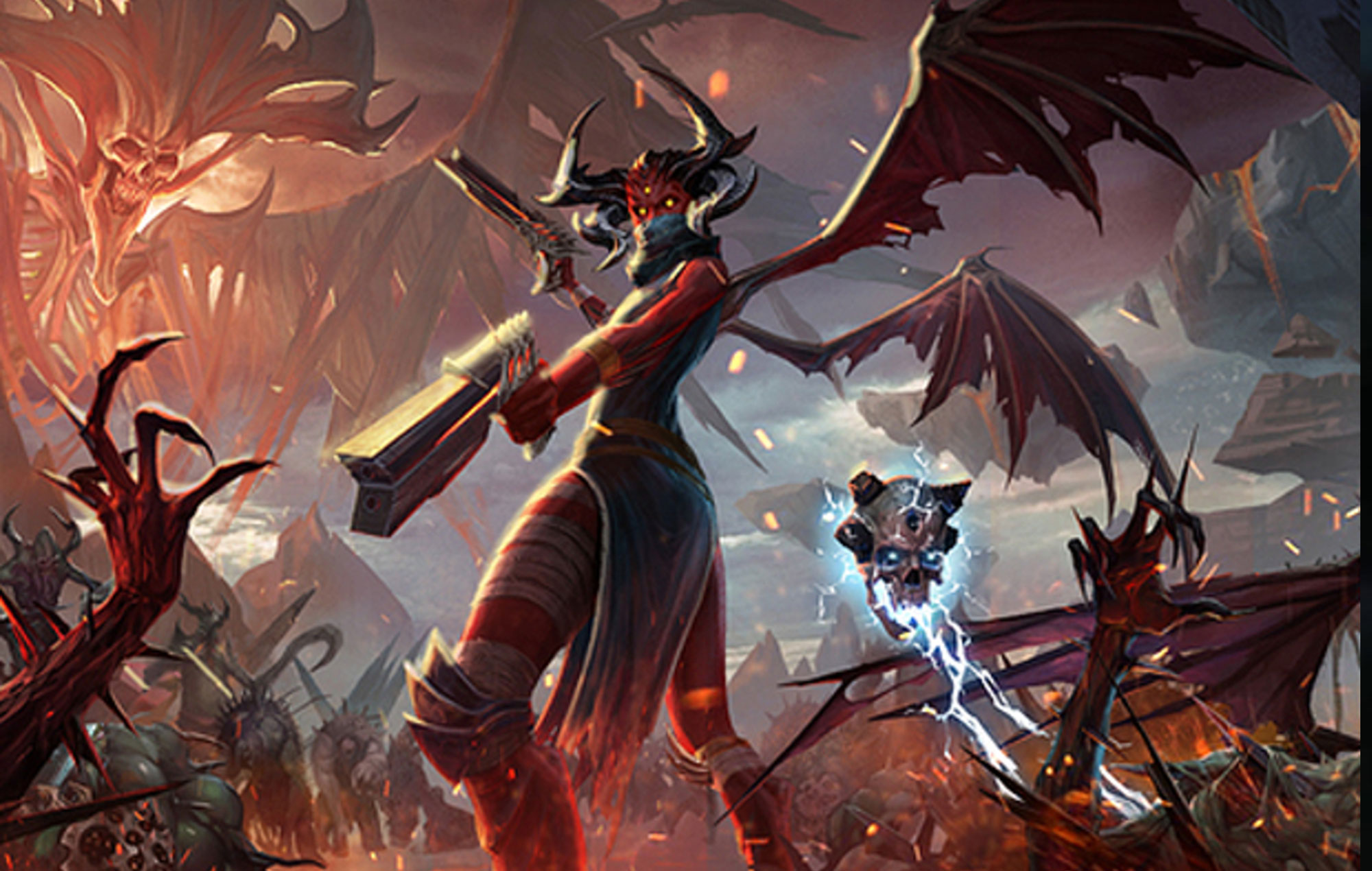 I would have called it Just Decimate

By name alone, Metal: Hellsinger is not a game I have any interest in. I’m not a fan of heavy metal music — despite the efforts of one community moderator — because I generally don’t enjoy an album that’s 50 minutes of people screaming into a microphone. However, if there is one place the music does speak to me, it’s in my demonic first-person shooters. Doom is a great vessel for metal music, but Hellsinger looks to take it even further by tying its shooting mechanics to the music itself.

During the PC Gaming Show 2020, we got a look at how it will play from “pre-pre alpha” footage and I have to say, I’m ready to grow my hair out and start dressing exclusively in black.

Metal: Hellsinger is expected to launch in 2021.