Hideo Kojima built a nearly impossible global win condition of sorts into Metal Gear Solid V: The Phantom Pain: Achieve nuclear armistice by every single player getting rid of their nukes. It’s a cute thought, but there’s no way everyone would band together for the greater good.

PlayStation 3 managed this monumental feat. Every nuke on PS3 was disarmed. There was likely a dedicated group of anti-nuke activists launching incursions on other players’ Mother Bases, slowly chipping away at the WMD count. And, because PS3 surely has a tiny user base at this point, those raids were probably mostly against inactive players. Regardless, Kojima’s dream came true.

Here’s the cutscene that triggered when the Cold War finally ended:

The data shows that this effort was well-coordinated and swift. This site tracks nuke numbers across PC, PS3, and PS4. The second graph shows PS3’s nukes over time. As of early July, there were more than 800 nukes. Then the numbers fall off a cliff. Some part of the community seemingly came together to make peace a reality. 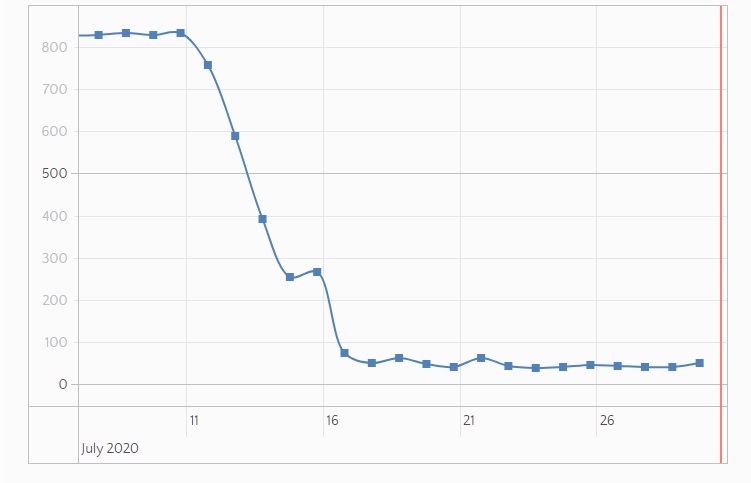 Of course, this utopian pipedream didn’t last long. Players immediately built more nukes. As of right now, the tracker says there are 48 nukes on PS3 (although the data doesn’t seem to be perfect). It’s easy to imagine Kojima with a contented smile after reaching zero…and then throwing his arms up in exasperation when the nuclear standoff started right back up.

It’s a much more dire situation on PC and PS4. They have about 19,000 and 2,500 nukes, respectively. There’s something to be said about human nature and how peace at the global level just isn’t possible. Maybe once everyone moves to a new planet, we can finally get rid of all the nukes on Earth.