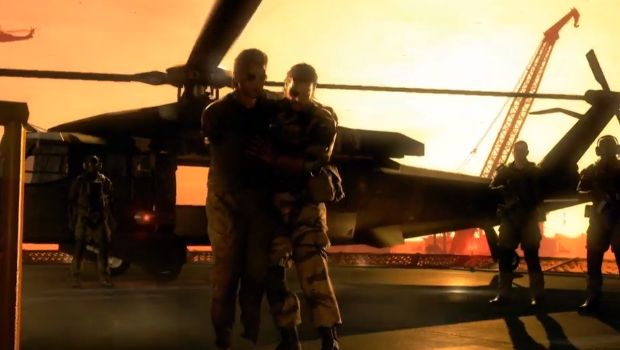 Featuring an open world, horse riding, multiple vehicles, a realistic passage of time, and an expanded CQC system, it does look very amazing. Also, you can turn invisible while riding a horse, which is obviously cool!

Master Miller and Ocelot join Punished Snake in a new retroactive adventure. The trailer showed a new voice for Snake, as well as child soldiers and talk of our legendary hero becoming a “demon.” Keifer Sutherland as Snake sounds a lot closer to Ocelot than Hayter’s grizzled veteran. It’s certainly a jarring change.

Jarring it may be, but everything else looks great. Sneaking around open desert with invisibility camo, multiple vehicles, and a terrific looking combat system, I’m hopeful this is everything it’s cracked up to be, even with the glaring omission of David Hayter.