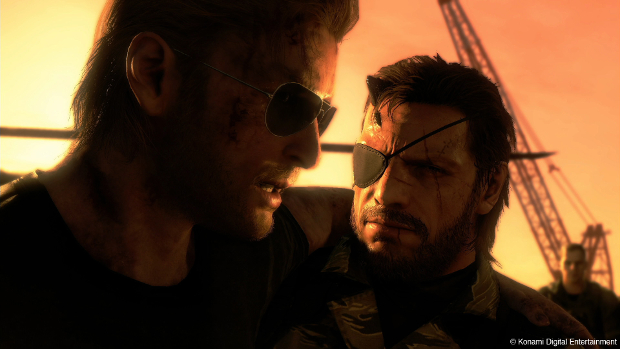 And a lot of shooting and explosions and car chases…

After only seeing a little more Metal Gear Solid V: The Phantom Pain gameplay when Kojima was onstage for Sony’s Tokyo Game Show press conference, it’s nice to see this lengthy, ten-plus minutes of side mission that seems to have been built for TGS.

The mission takes place in the same area as the previously seen Ground Zeroes opening and provides some good insight into series changes. The talked about enemy tagging, for example, is directly tied to The Phantom Pain‘s interpretation of “detective mode.” Rather than being able to see blue skeletons willy nilly, it at least appears to require a line of sight on the enemy first.

There’s also another look at the new slow motion that comes with being spotted and some new combat moves. The mission even goes full-tilt action crazy towards the last half when an alarm is raised and Snake has to gun down loads of enemies. There’s even on-screen blood splatter to let Snake know he’s being shot. CQC, too, seems ramped up, extra aggressive and a bit easier to pull off, though the person running this mission might just be way better at it than I ever was. Them being able to dodge that tank at the end supports that theory.

I also love the running dive. I expect to use it constantly and unnecessarily.