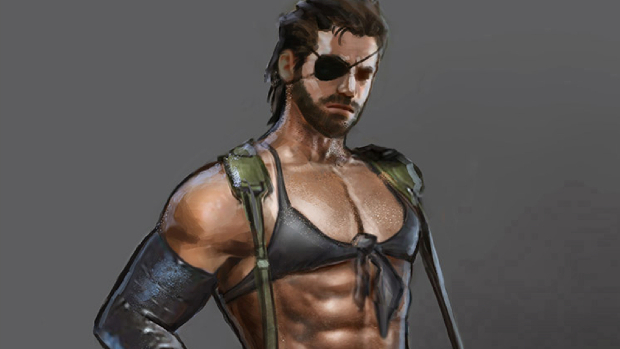 …And that’s it. Well, there are some angry raccoon eyes at the end, too.

Wait. Clearly the soldiers see the helicopter above them. And Quiet doesn’t even turn invisible until she’s mid-fall. Why even turn invisible at that point? To show off? It’s like a needlessly flashy version of the Ghost in the Shell intro, which I would link except that it has boobs and also I can only find the Ghost in the Shell 2.0 video with CGI that makes my eyes sad.

I hope I have GitS on DVD somewhere because I really want to watch it now.

But I did just notice the handcuffs so maybe she was being carted away from Mother Base for some reason and then decided to show how cool she was when the helicopter is in the air? Who knows. I want this game.