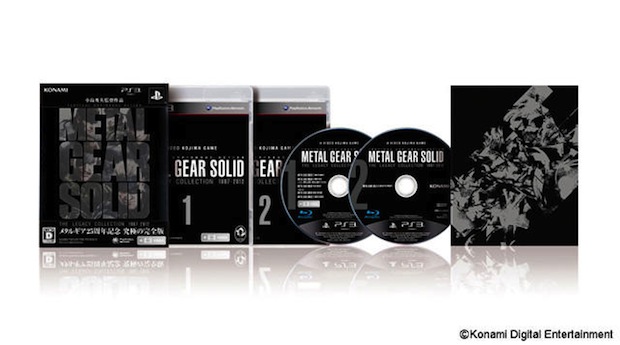 Huge collection could be expensive

Metal Gear Solid: The Legacy Collection was announced here for North America first, but Konami followed with Japan yesterday, dating it there for July 11 — about a month after we get ours.

Along with their announcement came details about the package. First, as you can see in the image above, the game comes on two Blu-ray discs. There’s so much game that one Blu-ray couldn’t hold it all. You’ll also see the included 100-page booket that will be included.

Our bundle may look a bit different, and from the the details on Inside Games, Japan will be getting slightly different titles in their set. But I’m guessing the core titles will be the same, as will the packaging.

At our announcement, we asked Konami about the price for this set. They told us that we’d have to wait a bit for that announcement, though. Japan has theirs listed at 7,980 yen, which has me guessing at an $80 price tag for us. Let’s hope it will be less than that.