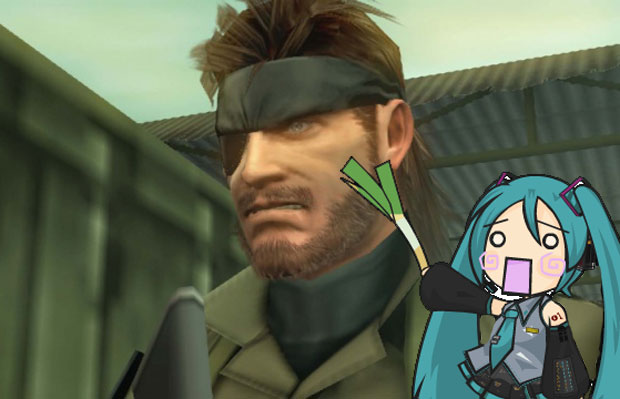 If you love all things Metal Gear Solid like my good buddy Rey here at the office, I’m assuming you want to get your hands on Peace Walker. Kojima says it’ll make you buy a PSP, due to some surprise feature that’s yet to be revealed. And now Famitsu reports (Via Joystiq) that the game will also feature a little something very popular in Japan: Yamaha’s Vocaloid software. Yep, the same one that made virtual idol Hatsune Miku’s (not to mention her PSP game Project Diva) a runway success.

We can’t be 100 percent sure on this just yet, but it’s implied that the software will be used to allow in-game weapons to make sounds. Like singing. Not the first time a weapon has made a sound in a game, for sure, but if you’re familiar with the general sound of vocaloid software, it does seem like a bit of an odd choice. Maybe they’ll do something to make it sound super tough. Who knows.