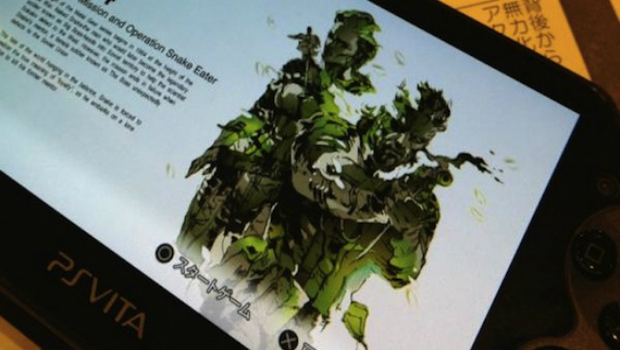 So far we know that some additions are coming to the 3DS production of Snake Eater, but what about the Vita version of the MGS:HD Collection?

During the same recording session we reported on previously, Kojima highlighted a new feature for the upcoming Vita title: rear touchpad support. Evidently if you flick the back of the Vita you’ll be able to slit enemy’s throats with a knife. Additionally, if you’re aiming in first person, you’ll be able to utilize the rear touchpad to manipulate the camera in some way (he was vague on exactly what this entailed).

While knife support almost seems pointless, manipulating the camera on paper sounds like a pretty decent addition, because your hands won’t be taking up the front touch real-estate, blocking your view. If you’re thinking of picking up a portable Metal Gear Solid in 2012, make sure and pick up the Vita version (if you can) over the 3DS version — three games for around the same price is better than one.