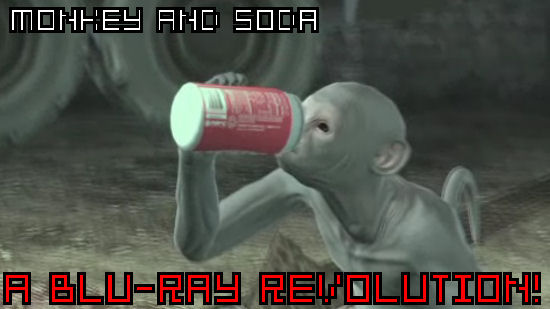 Everybody knows that Hideo Kojima, genius that he is, shows signs of a mind that exists in another reality. Now there are promises that his latest baby, Metal Gear Solid 4, will have an intro that has never been attempted before and will never be attempted again. Knowing Kojima-san, that could mean anything, including our collective deaths.

In a recent interview, MGS4 assistant producer Ryan Payton had this to say:

There are many things that could only come out of Hideo’s mind, and in all fairness, a good few of them are absolutely terrifying. Whatever may happen, however, it cannot be denied that this is a most curious development indeed. The outsourcing alone is something I would consider quite unexpected, and it seems that the introduction and ending to Guns of the Patriots is going to be spectacular.

Of course, what could this mysterious introduction be? Considering the ominous promises made by Payton, I can only assume that it involves some form of human sacrifice. Perhaps in order to make the game work, you have to find and slaughter a baby and feed your PS3 its blood. In fact, I’m certain that’s what is going to happen. What about you?