I thought Metal Gear Online was neat on PS3 outside of Konami’s separate log-in system. At the Game Awards, Hideo Kojima introduced a trailer for the online aspect of Metal Gear Solid V: The Phantom Pain, Metal Gear Online.

And it looks sweet as heck, just like Phantom Pain. A cute puppy plush has replaced MGSIV‘s nudie mag distraction trap, there’s a mini, personal bipedal robot with a gun, Quiet-like stealth abilities, some sort of teleportation, and a sentry that shoots people with Fulton balloons, which you can shoot and pop before they send your teammate flying in the air.

Tons of cool-looking, idiosyncratic mechanics. I am so excited for Metal Gear Solid V.

Oh, and that selfie at the end. 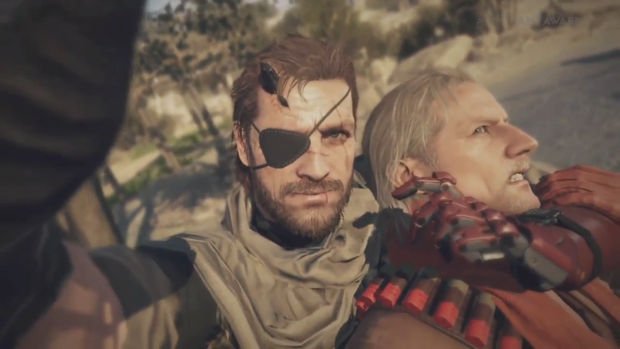