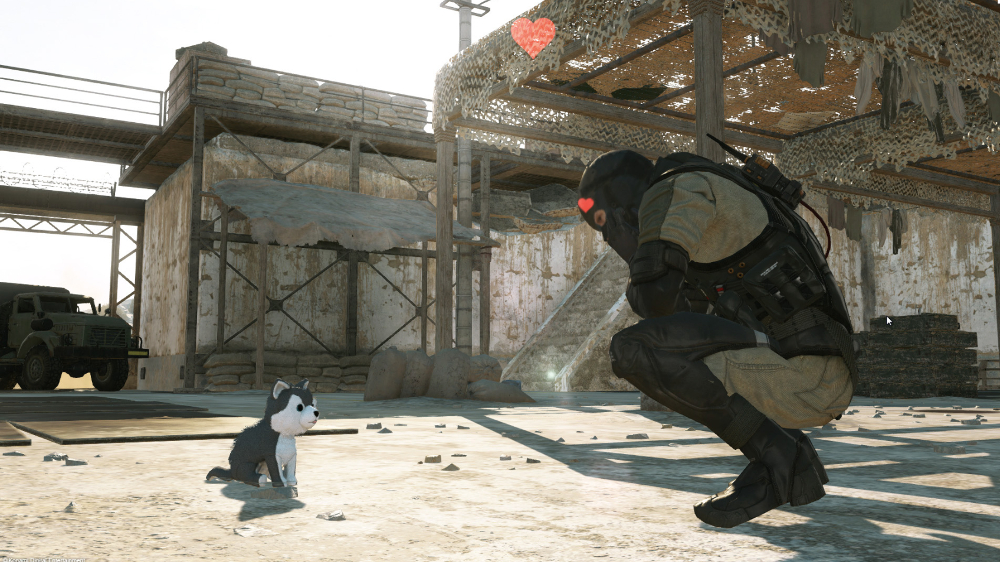 As I wrote last year, MGO looks like a unique enough game to encourage me to dip into online multiplayer for once. “A cute puppy plush has replaced MGSIV‘s nudie mag distraction trap, there’s a mini, personal bipedal robot with a gun, Quiet-like stealth abilities, some sort of teleportation, and a sentry that shoots people with Fulton balloons, which you can shoot and pop before they send your teammate flying in the air.”