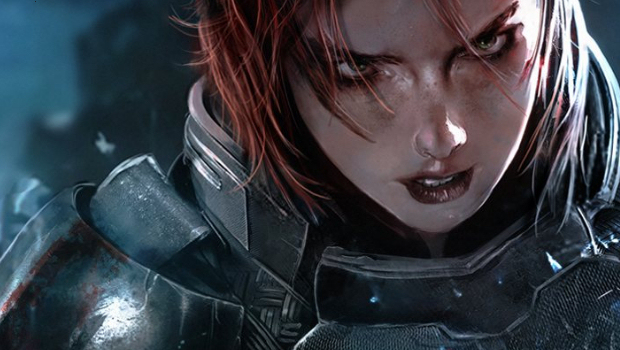 It’s becoming all too common for gamers to hold irrational grudges against videogames they haven’t played yet and take out their frustrations on Metacritic or Amazon. Games such as Portal 2 and Modern Warfare 3 have been victims in the past, as gamers on message boards orchestrate a mass “bombing” to voice their wrath.

Mass Effect 3 is the latest victim of this unusual phenomenon, with user reviews tearing it to shreds as soon as the professional critic scores went live last night.

Unsurprisingly, the PC version got hit hardest, because hell hath no fury like a PC gamer who thinks he’s scorned. User reviews for the PC version sit at a 2.2 score average, while the PS3 and 360 versions have 3.1 and 4.1, respectively.

On the PC page, a staggering 239 negative reviews have been written, compared to 52 positive and 6 middling. As you might expect, some of the posts contain a dizzying mixture of hilarious and depressing content, although a lot of them are just outright bitter.

“This game is garbage, a massive disappointment, and a slap, no, a punch in the face to the Mass Effect series,” raged Demonichris. “Being a player of Mass Effect 1, this series has not progressed one bit since then, but actually took a step back in almost every aspect. The animations are pitiful, the choices lead you to the same end, and it desperately lacks originality. Do not buy, do not rent, and do not give this game any of your time, unless for mockery’s sake.”

The biggest issues gamers have are the lack of RPG elements, the poor graphics, paid DLC, and the game “dumbing down” to appeal to COD players. All potentially legitimate complaints, though the lengths to which some users have let it affect their game is remarkable.

“The cancer that is EA has finally destroyed what little salvageable cells of dignity that Bioware used to carry,” opined ComicBookGuy. “When a main story, and HUGE story arc, of a Prothean comes only in PAID DLC on day one, there is seriously an issue. EA’s moneymongering, hack writing and general gimmicky plot lines (not to mention stolen artwork), all come together to create the insult known as Mass Effect 3.”

Amusingly, more than one review criticizes those users giving the game a high score, saying they haven’t played the game. Apparently, you’ve never played the game if you’ve rated it highly, but you have played it if you shit all over it: “i like how Mass Effect fans are complaining about lowering down the score. when they’re playing the same game by rating it a 10.without haven’t played the game. and BTW i did play the game. check my review, it doesn’t contain spoiler, but i go in full details about why the game is bad.”

The controversial homosexual romance options come up a lot, though many of these reviews are flippantly written. That said, a few seem to have serious issues with it, such as one user calling himself AHomosexualMale:

“As a homosexual male, it is painful watching bioware act like they are champions of the gay community. Their insulting representations of gay individuals are merely an attempt to politicize their business, so they can look progressive while deflecting real criticism as homophobic, just because some homophobes exist. Their behavior is a mockery of homosexuals everywhere and I would urge any homosexuals interested in activism not to be deceived by these insensitive people.”

You can’t tell how serious some of the posts concerning the gay options are, such as this rather straight-faced offering: “The homosexual views of this game are very offensive to my Christian beliefs, I think Bioware should be much more aware of how many of their fans are Christians.”

Amazing stuff. If you want to spend the morning drowning in impotent rage and consuming bitterness, then check out the Metacritic user reviews. There’s a lot to get through.

[Thanks to iamnimdok for pointing me in the right direction.]