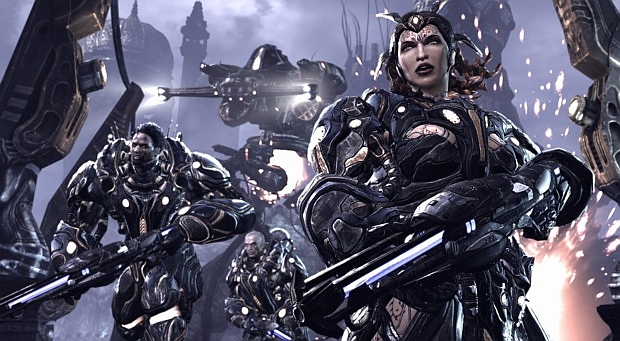 Metaboli and Epic Games recently inked a three-year distribution deal. What does that mean for you? Well, if you’re a Gametap, Metaboli, or Gamesplanet subscriber it means that you now have access to Unreal Gold, Unreal II: The Awakening, Unreal Tournament: Game of the Year Edition, Unreal Tournament 2004: Editor’s Choice Edition, and Unreal Tournament 3 Black during the duration of the deal.

And, yeah, if you’re wondering: Unreal Tournament 3 Black is the latest version of UT3. It comes with the ‘Titan’ expansion pack, which we detailed sixty billion years ago (or February depending on your Internet exposure).

The start date is slated for “early April.” So get ready to start banging on the tons ten sh-tloads of new Epic Games content at your disposal Gametap subscribers. What are going to play first? Or do you even care?