Meta has unveiled the latest in its line of virtual reality Quest headsets today. It arrives with both a lot of tech, and a hefty price tag to match.

The Meta Quest Pro VR headset is a new form factor and set of hardware tools from the company formerly known as Facebook. Its got 12 GB of RAM, a Snapdragon XR2+ processor, 256 GB of storage, and 10 advanced VR/MR (virtual reality/mixed reality) sensors. Each controller has three cameras and a Snapdragon 662 processor, with haptic feedback and precision pinch.

Matching the hardware inside the headset and its extras is the price tag. The Quest Pro will go for $1,499 on the Meta site.

The Meta Quest Pro headset also comes with a charging dock, related cables, stylus tips, a cable clip, and more. And much like its predecessor in the Quest line of headsets, this is a wireless VR headset.

The wide world of Meta VR

That price point is certainly something worth noting. In terms of how it feels, The Verge got some hands-on time with it and reports it has shorter battery life, and weighs a little more than the Quest 2, though it’s apparently better balanced and comparable to a Quest 2 with the Elite Strap.

What caught my eye was the presentation around it. With expression tracking and an emphasis on mixed reality, it certainly seems like more of a push towards Meta’s metaverse.

Today’s news also coincided with announcements that apps like Microsoft Teams and Windows 365 are getting Meta integrations for both the Pro and Quest 2. Users will also be able to join Teams meetings from inside a Meta Horizon Workroom, a collaborative VR workspace. Xbox cloud gaming is also coming to the Meta Quest headsets, too. 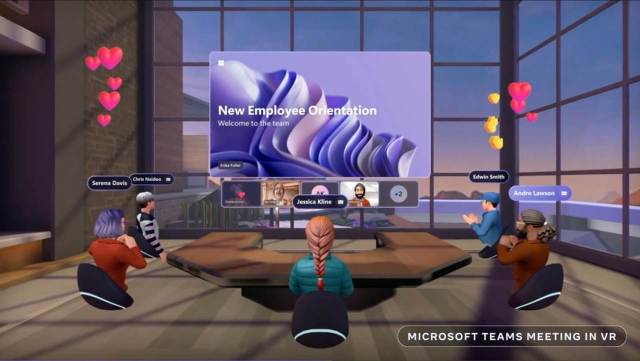 Speaking to The Verge and other reporters at that hands-on demo, Meta CEO Mark Zuckerberg describes the Pro as a device “for enthusiasts, the prosumer, the sort of people who are trying to get work done.”

Which is good if you’re looking to add more VR meetings to the workplace, I guess. But the high price point, alongside the recent price hike of the Quest 2, doesn’t have me optimistic about a future for folks who just want to play Resident Evil 4 in VR.