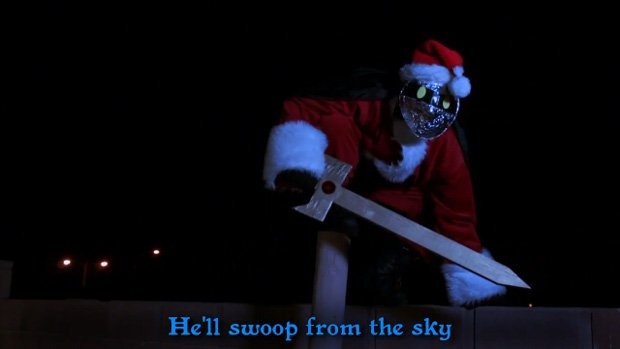 “O Meta Knight” is the latest game-turned-musical from Random Encounters. Santa decided to shirk his delivery duties this year, so Meta Knight answered the call to arms. Sure, he’s not the most conventional of Santa replacements, but he gets the job done. He really does care, yet he can’t shake the habit of beating the ever-loving piss out of anyone who glances at him funny. Everyone has idiosyncrasies.

O Meta Knight: A Kirby Carol [YouTube] (Thanks all who sent this in!)

Filed under... #Christmas#Kirby#Offbeat#Things gamers do