[Update: As of today, you can now buy the Lúcio and Mercy All-Stars 2019 skins.] 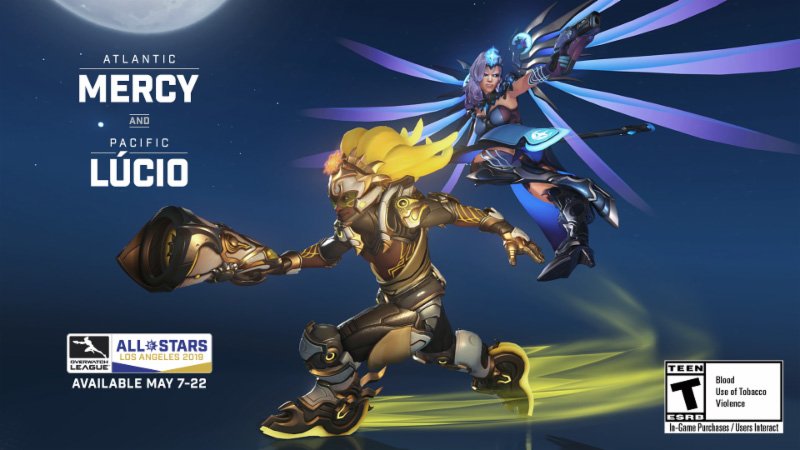 These limited-edition legendary skins will cost 200 League Tokens each, so plan accordingly.

If you’ve been diligently following this season of the Overwatch League (thus earning tokens), that price should be doable. There are a ton of matches, after all. For everyone else, I’m sure Blizzard would love to remind us that League Tokens are purchasable with real-world currency. $10 gets you 200 tokens.

Atlantic Mercy and Pacific Lúcio will be available in-game starting May 7, 2019. On that note, the Overwatch League 2019 All-Stars festivities run from May 15-16 and during the pro event, viewers can earn double the normal League Tokens. The bonus rate will be six tokens per live hour watched.

If you missed last year’s showcase, it’s entertaining. Stick around for the 1v1 Widow duels.