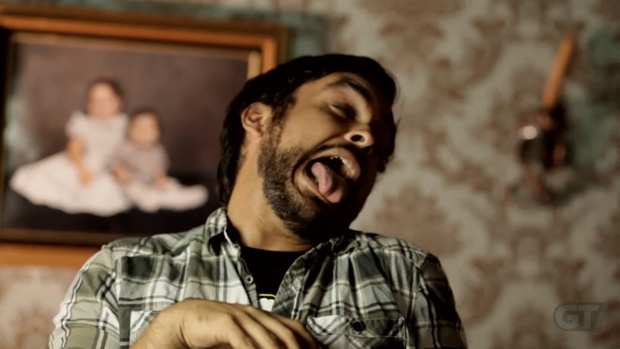 I’m going to be upfront with you guys and admit that this may be Mega64’s worst videos ever. It’s not funny at all, just really morbid and forced. Not that I don’t agree that reactions over Bayonetta 2‘s Wii U exclusivity aren’t pathetic, but this video is simply dumb.

But I posted it anyway because I think there is another discussion that can come out of it. Namely, the hypocrisy some gamers spout when they take imagined slights to the extreme.

Tell me you haven’t heard this before: “If X game comes out on Y console, I will quit gaming!” How about this: “If home consoles become more casual, I will quit gaming!” And does anyone remember THE Final Fantasy XIII meltdown? These are common occurrences on blogs and message boards, where people have to freedom to say whatever they want and not be held accountable for their words. As with most posturing on the Internet, it all amounts to jack squat.

Being passionate about a hobby like gaming can be a very positive thing sometimes. However, you have to be careful when that passion gets in the way of reason. I’ve been guilty of it, as I’m sure all of you have at one point or another. We say things we don’t really mean, but because this is the Internet, it’s bound to bite us in the ass eventually.

Whenever I hear someone make an empty threat like “I’m going to quit gaming” because they feel like a spurned lover, that these big multimillion-dollar corporations don’t care about their well being and happiness, I have to wonder exactly who they are threatening. Fellow commenters? Other gamers in the world? The presidents of these companies? No one is feeling threatened by their baseless threats. And when whatever it is they thought would shake the foundation of our hobby comes to pass, they pretend like they never said anything incriminating.

Sometimes I really wish people would follow through on these silly threats. You want to boycott EA or Ubisoft? Then do it! Go and picket in front of the company headquarters and send letters to retailers urging them not to stock the company’s software. Do some research and dig up dirt to use against the company, if you have to.

Threatening to quit gaming? Fuckin’ do it! Sell off all your consoles. Stop visiting message boards. Never speak of videogames ever again. I guarantee that no one will miss your dribbling nonsense.

And though the Mega64 video above is an extreme exaggeration, it’s not unusual to read about folks threatening to actually kill themselves or the game devs over videogames. Does it take someone actually going the whole hog for people to realize how ridiculous they sound?

Maybe not the murder thing, but I really want some poor schmuck to permanently ragequit and never come back. I would love to read about that. I would laugh my ass off. Let’s get it done.